A conversation with Scooter Braun 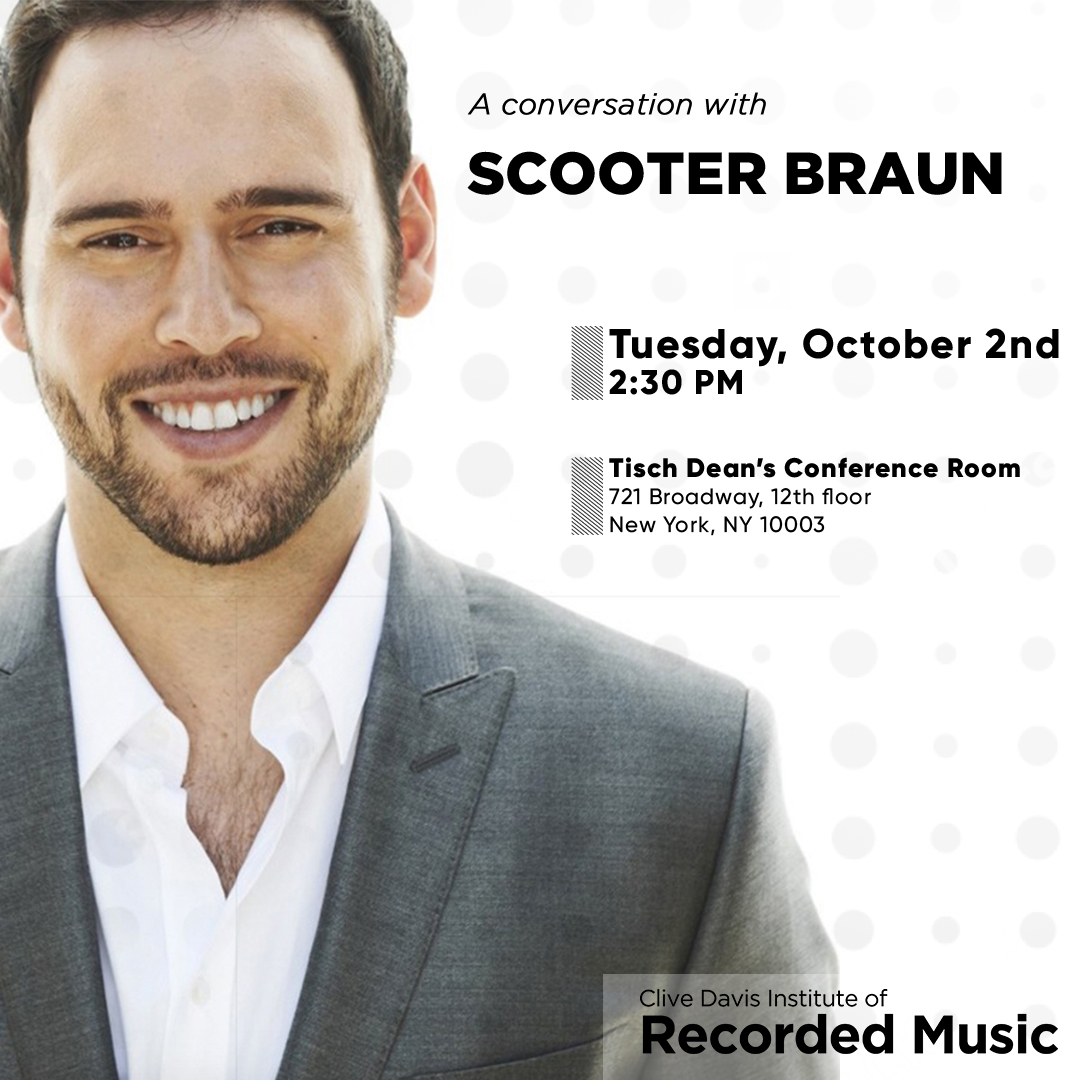 On October 2nd, the Clive Davis institute of Recorded Music will host A Conversation with SCOOTER BRAUN.

Scooter Braun is one of the entertainment industry's biggest power brokers, breaking more new artists than any other music executive in the last decade. He has a roster of the top pop culture icons under his management and is the founder of SB Projects -- a diversified entertiainment and media company with ventures at the intersection of music, film, television, technology, brands, culture and social good.

The event will take place in the Dean's Conference Room and will be moderated by the Clive Davis Institute of Recorded Music professor, Marc Plotkin.

SB Projects houses a film and television production division which led to Braun making waves in the industry with his first documentary film, Never Say Never. SB Projects also continues to impact new verticals under its tech incubator, Silent Labs, which holds investments in Uber, Spotify, Songza, Casper, Waze, and Pinterest among others.

As Braun continues to expand SB Projects, he remains committed to the company’s founding philosophy of giving back and designs a philanthropic element for each new initiative. Braun serves as Chair of the Advisory Board of Pencils of Promise, a non-profit organization that builds schools in developing countries. The organization has helped to build more than 300 schools in Asia, Africa, and Latin America. He is also on the board of Fuck Cancer, an organization focused on prevention and early detection of cancer, which his wife Yael Braun founded. Braun, his clients, and his companies have – together – granted more wishes for Make-A-Wish than any other organization in the history of the foundation.

Please note that this event is restricted to NYU students, faculty and staff. RSVP does NOT guarantee admission.

You must have an NYU email to sign up for RSVP.