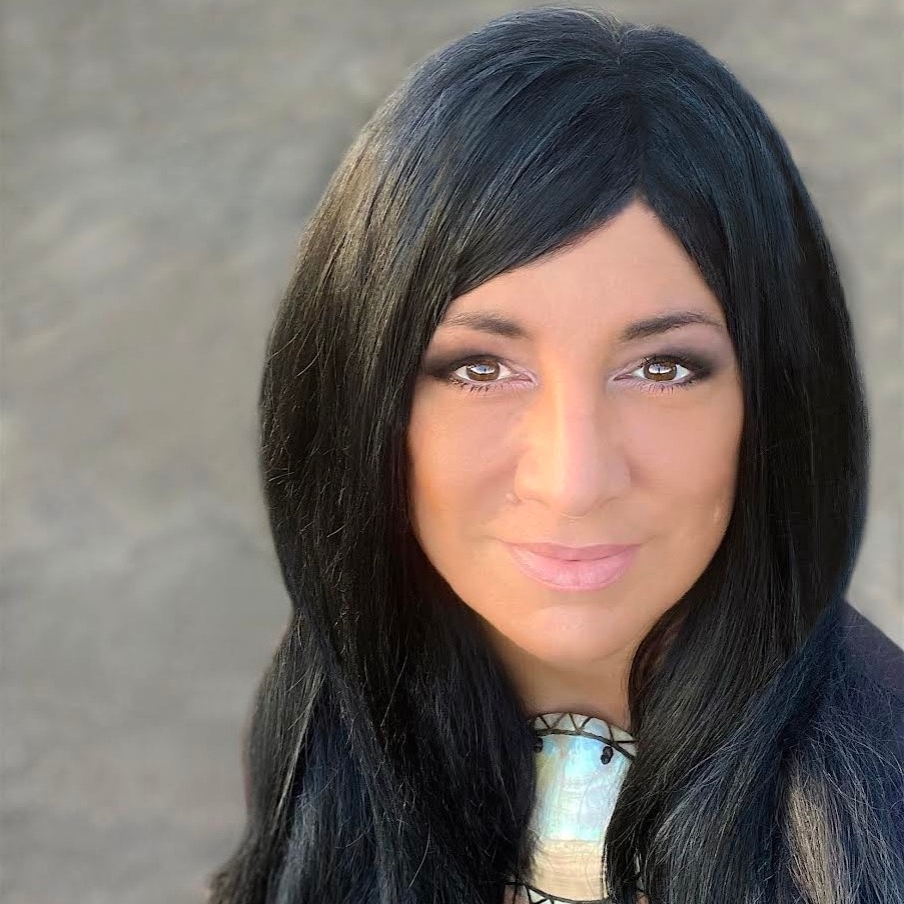 Cristina Verán is an international Indigenous Peoples focused specialist researcher, curator, advocacy strategist, editorial advisor, author, and media maker. Her interests reside at the intersection of politics, visual and performing arts, human (and other iterations of) rights, community socio-economic development, philanthropy, decolonization initiatives, and the phenomena of mestizaje and re-indigenization.

She is a longtime NGO consultant and correspondent at United Nations Headquarters, where she was a founding member of the UN Indigenous Media Network and later, the Indigenous Language Caucus. Her sustained engagement continues as pertains to the UN Permanent Forum on Indigenous Issues (UNPFII,) the Committee to End Discrimination Against Women (CEDAW,) and the UN Fourth Committee on Decolonization.

She earned her Masters Degree in Indigenous Studies / Political Science from the University of Hawai’i, during which she was an APLP Fellow-In-Residence at the East-West Center, a think tank established by the U.S. Congress to promote collaboration across Asia and the Pacific Islands (and for which she recently completed her second term as alumni board member for the center’s  leadership programs.) Cristina has guest-lectured extensively at universities, museums, cultural institutions, and symposia—from the Field Museum to Te Papa National Museum of New Zealand to the Adelaide Festival of the Arts and beyond—and was part of the 2017 Museology & The Mused/ Indigenous Futures NYC group convened at The Metropolitan Museum of Art.

Cristina served as editorial consultant and associate editor for the newly published Smithsonian Anthology of Hip-Hop and Rap, and is currently collaborating, as editor, with Māori rap legend and filmmaker Dean Hapeta Te Kupu of Aotearoa/ New Zealand’s pioneering, politically militant hip-hop group Upper Hutt Posse, on what stands to be the first-ever Indigenous hip-hop autobiography.

During her teen years, Cristina was herself a rap artist, inspired by the harmonizing sounds of pioneering performers Grandmaster Caz and the Cold Crush Bros., and she has been a proud member of the genre-defining collectives TC5 and the Rock Steady Crew. Her extensive documenting of the music, dance, visual art elements, as well as social and cultural contexts of hip-hop—from its Bronx beginnings to its myriad global incarnations—featured widely during the founding years of hip-hop journalism; the heyday for magazines like Vibe (where she was a feature writer and columnist.) All of which confirm her as a singular authority on the movement to which her personal story has intertwined throughout.

Cristina’s history of pioneering female MCs in the 1970s and '80s leads the book Hip Hop Divas and another, on the beginnings of hip-hop dance forms, features in Vibe History of Hip Hop, among other notable contributions. She also served as guest editor for the special 1996 edition of Rap Pages magazine devoted to hip-hop dance; a coveted collectors item among enthusiasts worldwide. And her chapter “Native Tongues”, featured in the Jeff Chang-edited anthology Total Chaos: The Art and Aesthetics of Hip-Hop, presents Indigenous hip-hop worldviews of cultural practitioners from the Americas, Africa, and Oceania.

Raised and residing in and around NYC, Cristina is originally from Lima, Peru; a dual national and global citizen whose work and related interests have brought her thus far to 35 countries, on every continent and among Indigenous sovereign territories throughout; from the Andes to the Pacific Islands, Central Asia to East Africa and beyond.