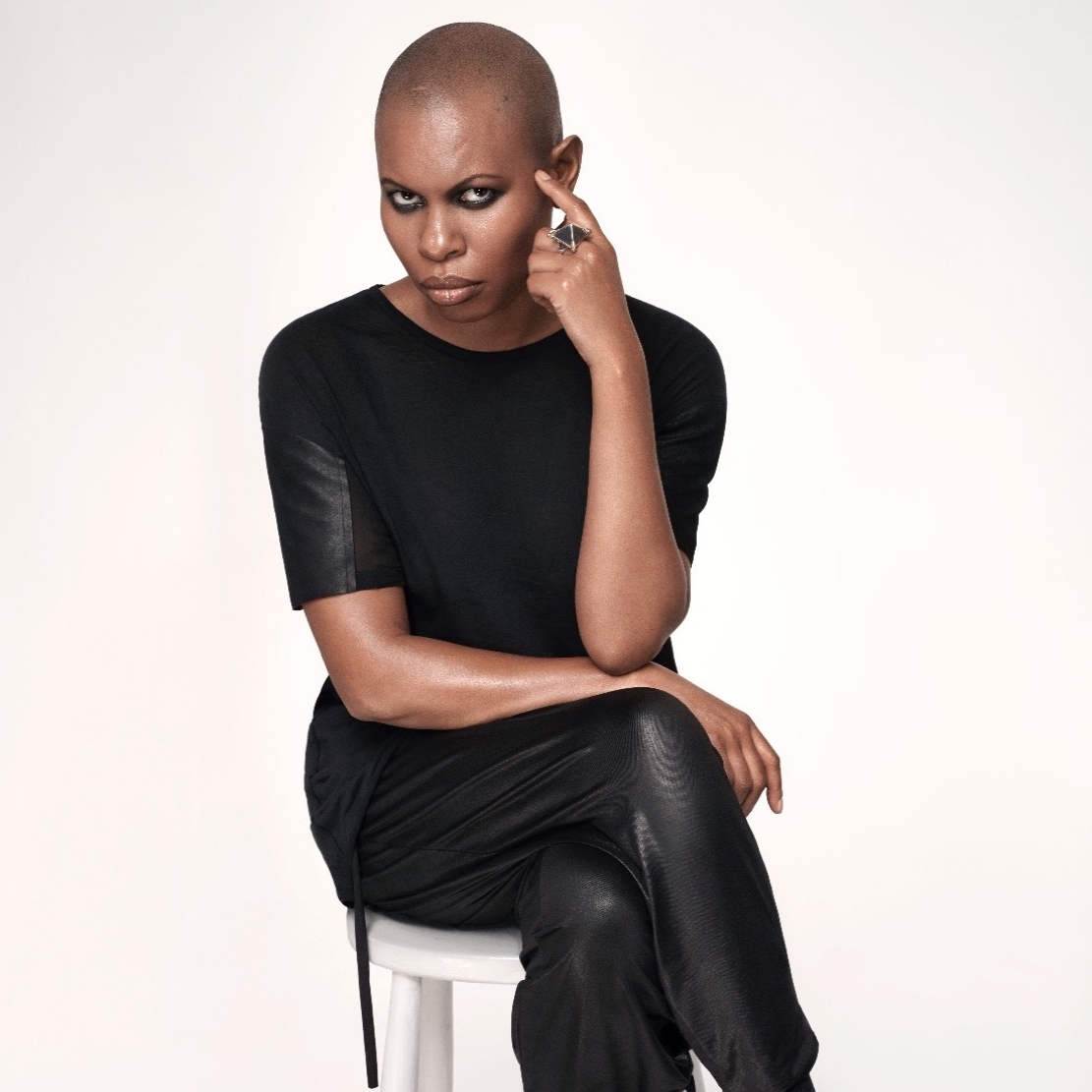 As lead singer of Rock band Skunk Anansie, who have sold over 6 million records worldwide, Skin is one of Britain’s leading and acclaimed Rock Singers and songwriters. She is also a Techno Dj, Podcast and Radio presenter, an actress, and Activist. Her Radio show on Absolute Radio is twice nominated including a nomination at the New York Festival Radio Awards for Best Music Host.

Born and brought up in pre-gentrified Brixton, South London, she side-stepped the safety of Soul/R&B session singing by literally diving headlong into hardcore rock. Since she emerged in the mid ‘90s with Skunk Anansie, Skin has been a groundbreaking presence, performing all over the world including Glastonbury Festival where she was the first black woman to headline the iconic Pyramid Stage.

But as well as fronting one of the UK’s most successful underground bands, Skin is a multi-talented artist involved in various other projects.

In 2009 she was sold an old Pioneer Mixer by her friend and Legendary Dj and Label owner Damien Lazarus. 10 years later Skin she plays all over the world at at classic venues from the recent closed Output in New York; to parties like Holy Mountain, No Frills & Ladyland Festival (created by her partner Ladyfag), …to Coachella. She has also released Techno music under the guise of Juvenal on Nichole Moudaber’s Mood Records and is currently producing her first electronic album and well as writing and producing material for the next Skunk Anansie release.

As the first Chancellor of Leeds Arts University, 2021 has seen the launch of her scholarship program to enable talented students with backgrounds similar to hers a chance to study at one of Britain’s best Art Universities. She has also just been awarded an O.B.E.(Order of the British Empire) in the UK for services to Music on The Queen’s Birthday Honors list.

Skin is a patron of Midi Music Company, a charity providing a space for all children and young people aged five to thirty to be inspired to get into music and the creative industries. She also works with Mosaic LGBT+ young person’s Trust, and has worked with The Baobab centre for Young Survivors Exile for over 10 years.

Skin has been smashing through gender, racial and queer stereotypes for 25 years. In 2020 published on Simon & Schuster she released her memoir, ‘It Takes Blood & Guts’ which topped bestseller lists on Amazon and Waterstones. The book explores how “a little black girl from Brixton grew up to shake the world of Rock”. A new paperback version is to be released in September 2021.