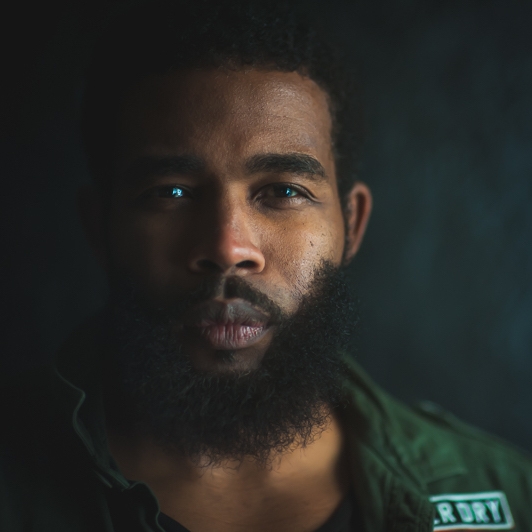 Universally recognized for his mastery of multisyllabic wordplay, Pharoahe Monch has embarked on a career spanning over 25 years. A career that has him lyrically morphing into the cold and heartless life of a bullet in 3 stages (“Stray Bullet”) Organized Konfusion, “When the Gun Draws”, Desire & (“Damage”) PTSD. illustrating the perspective of a fetus in the womb of a mother who is a drug abuser (“Invetro”) — to the inspirational biopic tale of living life as a child, with chronic asthma (“Still Standing”, featuring the Grammy award-winning vocalist extraordinaire, Jill Scott).

In this 25-year journey to stay committed to the culture of lyricism—and hip hop in an ever-changing paradigm that has the music industry once again pushing to the forefront the low-hanging fruit of disposable artists, Pharoahe’s consistency as an artist has garnered his first Grammy, collaborating with jazz aficionados, Grammy award-winning Robert Glasper, alongside the genius trumpeter Keyon Harrold for the Miles Ahead soundtrack song, “Gone”. Pharoahe has also been hard at work appearing on features with Brother Ali, jazz saxophonist Marcus Strickland, and touring the 20th anniversary of the iconic release of Internal Affairs.

Most recently, Pharoahe has been joined by music assassins Jack White drummer, Daru Jones and renowned guitarist, Marcus Machado to form supergroup th1rt3en. The critically acclaimed A Magnificent Day For An Exorcism LP was released in January 22, 2021 and made a top 20 debut on the iTunes US Top Albums Chart, with the band appearing on NPR’s Tiny Desk Concerts, TIDAL’s in-app sessions and The Late Show with Stephen Colbert’s #PlayAtHome Online Series.