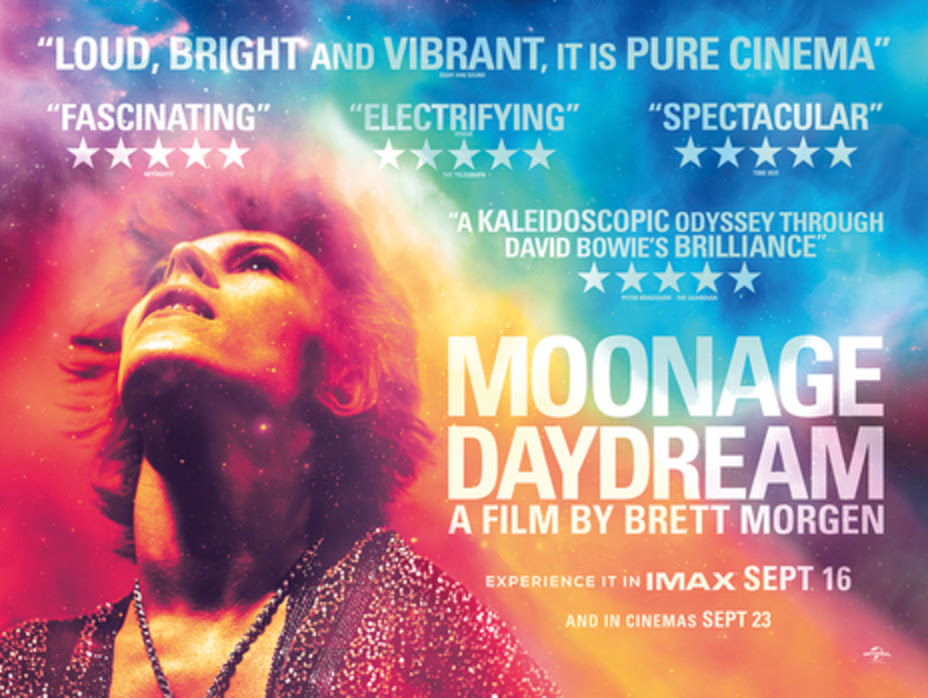 CDI Students are invited to attend an IMAX Screening of the new film Moonage Daydream about the life and times of David Bowie, directed by Brett Morgan.

To celebrate the start of the semester, we've purchased complimentary tickets exclusively for CDI students to attend the new, highly acclaimed film Moonage Daydream on opening night in New York at one of the largest screens in the city.

Featuring never-before-seen footage and performances, filmmaker Brett Morgen (he also directed Kurt Cobain: Montage of Heck) "became the first filmmaker to work in full cooperation with the Bowie estate, which gave him unprecedented access to its archives: a trove of unseen performances, as well as rare paintings, drawings, recordings, photographs, films, and journals — a total of 5 million items in all."

Moonage Daydream is being screened at AMC Lincoln Square 13 at 1998 Broadway at 65th Street, New York, NY 10023. You can easily get there by taking the 1 or 9 subway train to 66th Street. Detailed directions to follow.

The Clive Davis Institute is providing student tickets free of charge. This is a first-come, first-serve offer. If you are a current CDI student, RSVP for your free ticket by filling out the form below. Once we have reached capacity, the tickets will be gone. Because tickets have been purchased on your behalf, your attendance is required once you reserve.

This event counts toward the CDI Event Requirement.