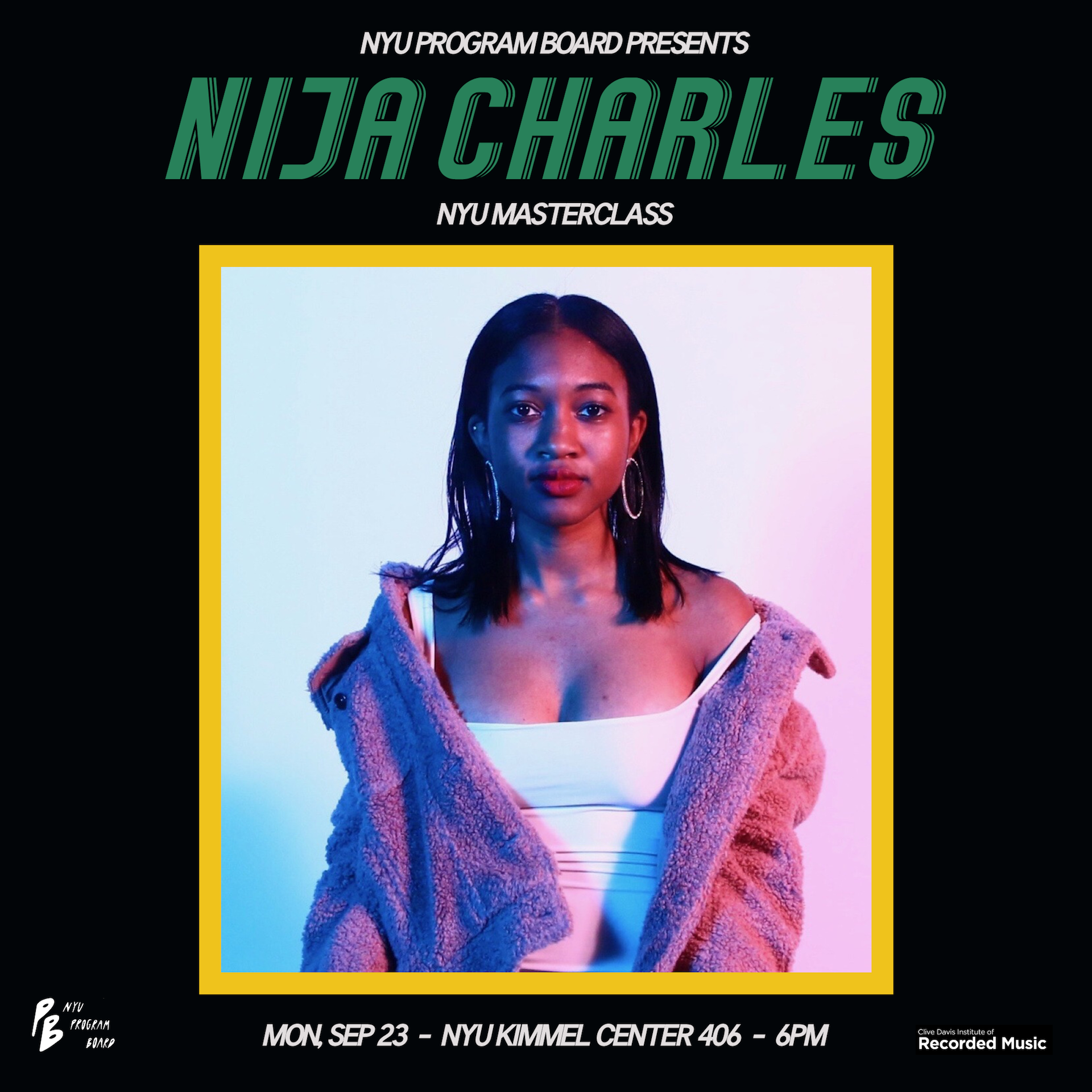 *This event is for NYU students only*

Nija Charles, is 21 year old American artist, songwriter, and record producer from New Jersey, she is most known for her work with Beyoncé and Jay Z (Heard About Us, Love Happy), Cardi B (Ring, I Do) and Chris Brown and Drake (No Guidance) however, she also has releases with such artists as Post Malone, Meek Mill, Travis Scott, Anitta, 21 Savage, Ella Mai, Major Lazer and many more. Most recently she has gained attention as a featured artist alongside Beyoncé and Tierra Whack on the record, "My Power" from the Lion King live-action soundtrack.