A Conversation with Eric Wainaina 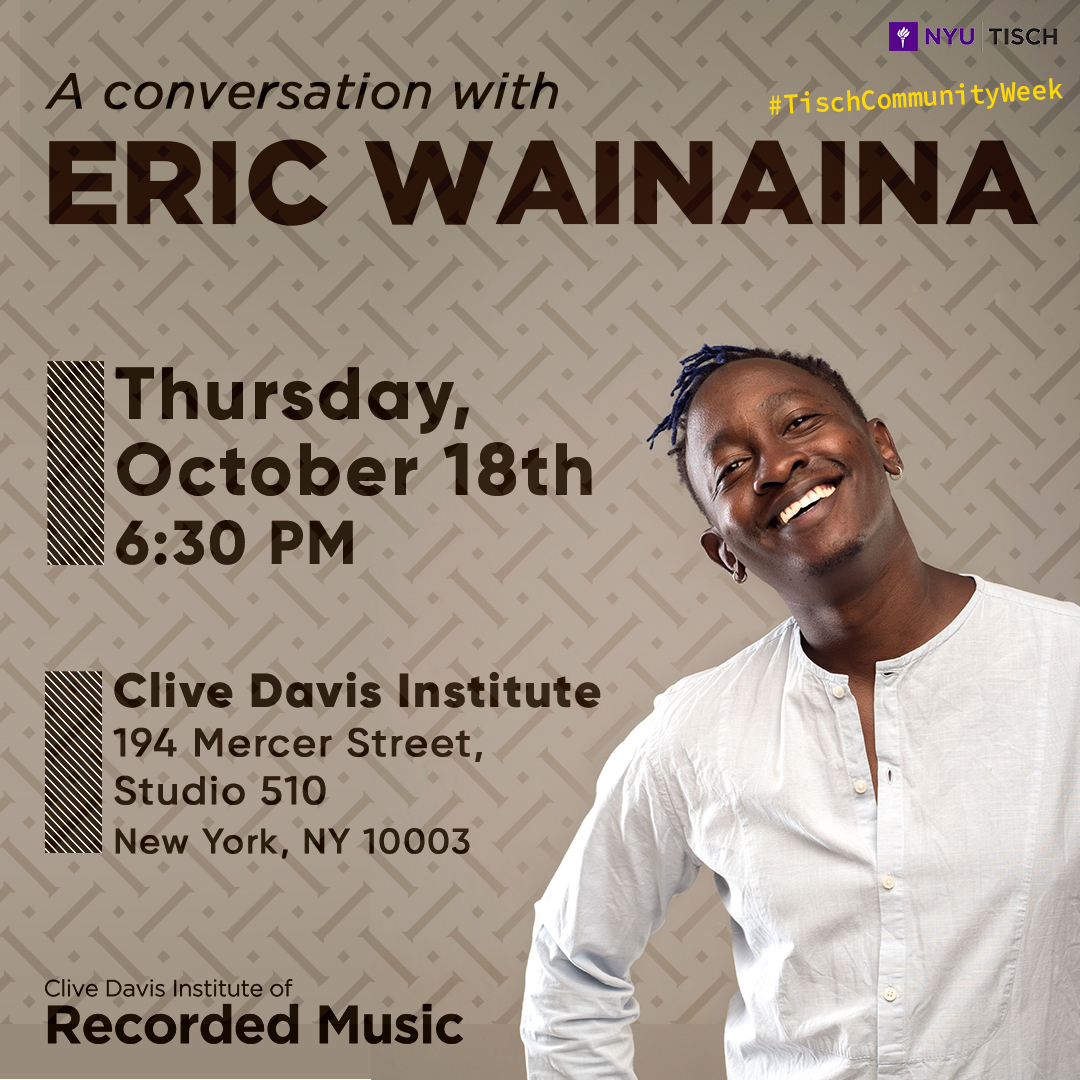 This Kenyan superstar has been awarded the MNET award for Favourite male vocalist, the KORA award for Best East African Artists (2002), and the Kisima Award for Best Afro-Fusion Artists, Best Song and Best video (2007).

Join us on October 18th for A Conversation with ERIC WAINAINA! The event will be hosted by The Clive Davis Institute, moderated by professors Jeff Peretz, and Ashley Kahn.

Eric Wainaina is one of Kenya’s best known singer-songwriters. He is a graduate of Berklee College of Music in Boston, where he graduated with honours in music, majoring in song writing and record engineering. A staple on Kenya’s music scene since the mid 1990’s, he stepped into the limelight as part of Five Alive, a male acapella band. His seminal hit, Daima Kenya, is widely considered Kenya’s second national anthem and was recorded while he was still a student at Berklee. His first album, Sawa Sawa, was released in 2001 and remains one of the highest selling solo albums in Kenya.

Eric has had an equally long-standing and successful career in musical theatre and television.

Mo Faya, a 21-piece musical theatre showcase he wrote and co-starred in, is now in the workshop phase with the Sundance Institute, in preparation for global release. Meanwhile, the British-Kenyan children’s TV series Wainaina wrote and produced music for, Tinga Tinga Tales, has been adapted into a musical that will be presented at the New Victory Theatre on Broadway in New York in October 2018.