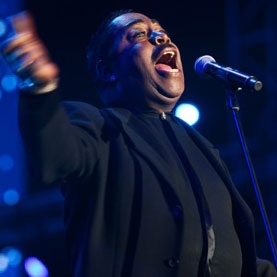 Hicks took the wealth of these experiences and fashioned a top artist development business, which heralds an endless list of celebrities. After 14 appearances on The Oprah Winfrey Show, she dubbed him "The Vocal Coach to the Stars". His broad TV personality has been captured on numerous TV runs besides Oprah's to CW channel's The Pussycat Dolls Presents and VH1 Born to Diva, in addition to guesting on a host of music and vocal and variety shows. Hicks has mentored without a doubt some of today's brightest stars as vocal coach/artistic director or participated in series of special events, which demand the best in performance. His talents have taken him from actual International royalty to music royalty. After joining the staff of Motown Records in Artist Development Department, Hicks saw the opportunity to start his own, Les Artistes Entertainment Inc. and has enjoyed his success of that company 14 years.

From his first of five Carnegie Hall appearances to his most recent World Solidarity of the Arts Festival in Gdansk, Poland (singing Rossini to over 30,000 people in 2012), Hicks along with partner and collaborator, multi Grammy Award winner, Marcus Miller and Herbie Hancock has rendered a new and innovative musical genre Hicks calls 'AVANTI'.