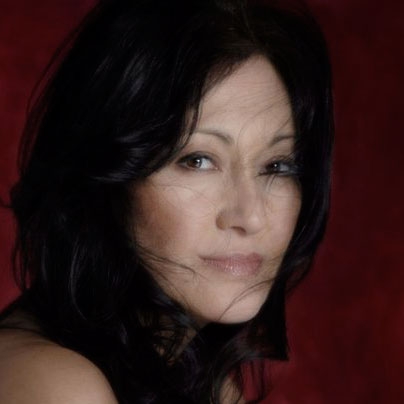 Singer, songwriter, performer, and teacher Machan Taylor is an accomplished veteran of the music business for over 30 years. She has extensively toured as a background vocalist with Sting, Pink Floyd, Pat Benetar, George Benson, Foreigner, Gov’t Mule, Bobby Caldwell, Steve Tyrell, and The Glenn Miller Orchestra.  She also performed on selected engagements with Aretha Franklin, Billy Joel, James Taylor, Stockholm Syndrome, Toots Hibbert, and other internationally notable artists. As a lead singer, she fronted the Grammy-nominated group Hiroshima on Epic Records. She has also sung on numerous national TV and radio commercials and film soundtracks, including the song “The Moon’s a Window to Heaven," written by Jerry Goldsmith and John Bettis for the Star Trek V soundtrack. She was also the singing voice of Lieutenant Uhura in the same movie.

As a solo artist, her 2004 CD Machan debuted at #35 on the Billboard Contemporary Jazz Charts, and she followed up with the release Motion of Love in 2007, was received with international critical acclaim. She has also written and published over 100 compositions that have been featured on network and cable television shows worldwide, as well as in major films. Most recently, she had a song placed in the Golden Globe-winning, Oscar-nominated movie Boyhood.

A dedicated vocal teacher for 20 years, she is a Certified Vocologist through the National Center for Voice and Speech, directed by leading voice science researcher, Dr. Ingo Titze. As a teacher of functional singing, she instructs amateur and professional singers to understand the biomechanics of their vocal instruments better, enabling them to develop better command and expression as vocal artists. She has coached vocalists for live performance, record, and film recording. Machan is credited as the vocal coach and Associate Producer for Vera Farmiga’s directorial debut film Higher Ground, which included singers Amy Helm, Warren Haynes, and Norbert Leo Butz.

With her broad and comprehensive life and career experience, Machan inspires her students to not only become skilled singers but helps them to realize their full potential as well-rounded, contemporary artists.

Ms. Taylor holds a B.S. in the Arts-Contemporary Vocal Performance from the SUNY-Empire State College, a Master’s Degree in Music Theory-Composition through NYU’s Steinhardt School of Music, a Certification in Vocology by NCVS, a Certification in Somatic Voice Technique™, and completed studies in the Estill Method of vocal production.

She is a member of ASCAP, SAG/AFTRA, Equity, Musician’s Union Local 802, NATS, and PAVA. Machan continues to enjoy a fruitful career as a private voice teacher, performer, composer, and recording artist.