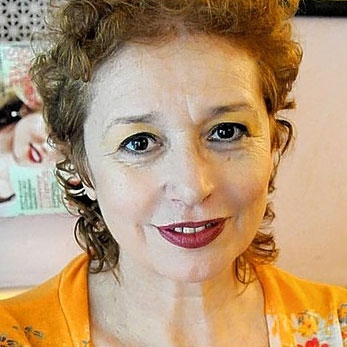 Vivien Goldman is a London-born writer, broadcaster, adjunct professor and post-punk musician. She previously developed and taught courses in Reggae and Punk for the Clive Davis Department. Her journalism appears in the New York Times, Black Book, the UK Observer and New Statesman. The most recent of her five books is "The Book of Exodus: The Making and Meaning of Bob Marley and the Wailers' Album of the Century," (Three Rivers Press/Random House) which was described as "vivid and intimate" by Rolling Stone.  Her second book on Marley includes the brief period she spent as his PR at Island Records before the band was famous, right after her graduation from university in the early 1970s.

After quitting Bob's PR to become a full-time journalist in the UK rock weeklies, Goldman continued a lengthy association with the label, covering many of their other artists such as Grace Jones, Kid Creole and the Coconuts, Aswad, Burning Spear and U2. Combined with her connections with the early US hiphop movement, as Def Jam was forming, Goldman's course offers a unique and revealing insight into the hugely influential history of Jamaica music -- and an entrée to parallel worlds that co-exist within popular music itself.