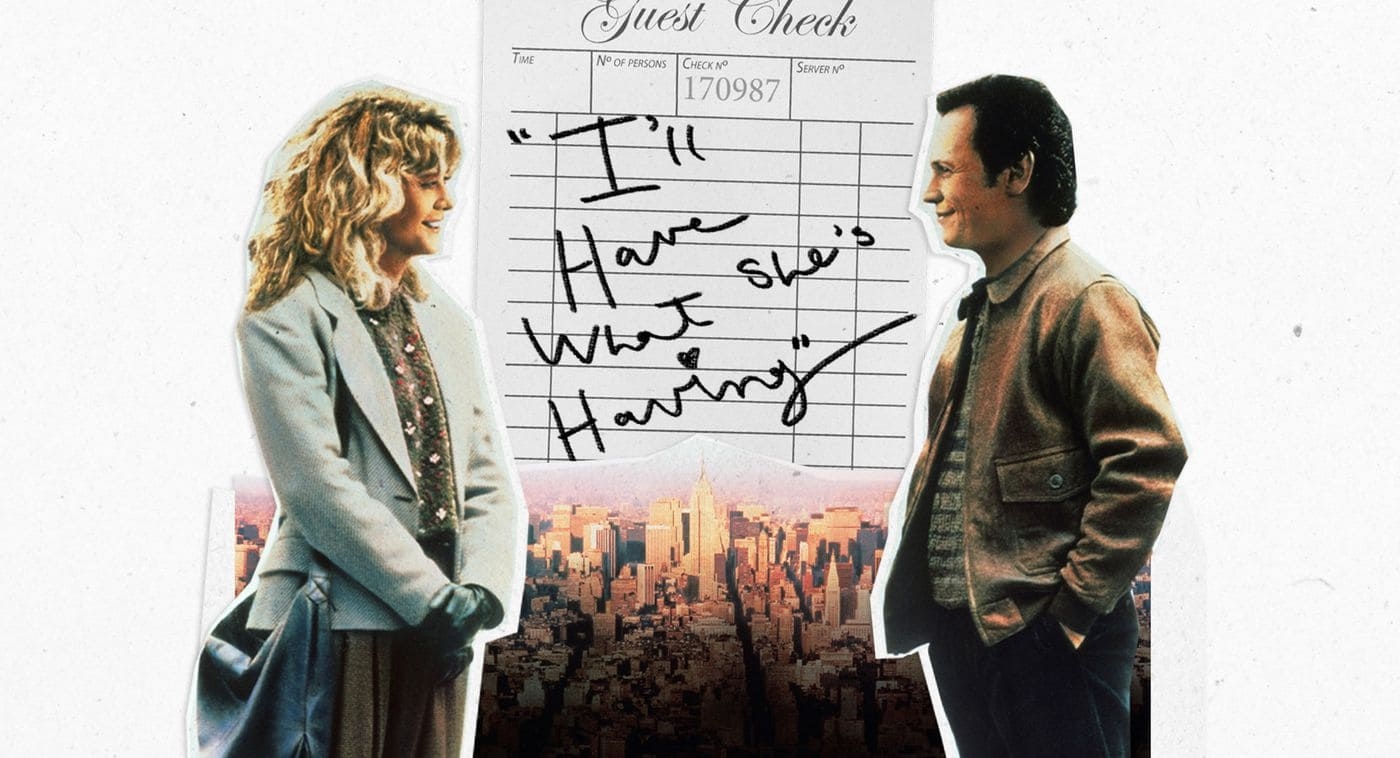 Acticle by Nneka McGuire for The Lily.

“I hadn’t thought about Harry and Sally for a long time. But I do revisit it every so often when I’m teaching at NYU, and it’s interesting because it holds up in a way that was so ahead of its time, I think, because Meg Ryan’s character has agency that so many other characters” — female characters — “still to this day don’t,” says screenwriter and director Enid Zentelis, an assistant professor at New York University’s Tisch School of the Arts. “It’s a heteronormative, white rom-com that I actually can get behind.”

“What we’re seeing arriving in the movie theaters and streaming services in the way of romantic comedies, everything seems to be coming out with a lot of self-consciousness and a lot of winking at the audience,” says Sandler, who is currently directing a feature documentary on comedian Julia Scotti. “I think there’s a reluctance to embrace a full romantic fantasy.”

Read the full article at The Lily Published by The Washington Post.