In addition, he was actually in the film!

Yes!  In the faux commercial insert for "Meet Duke Caboom" (voiced by Keanu Reeves) two brief scenes of a boy playing with an action toy (starting at  0:05), "There may or may not be a character in this movie that may or may not be based on some of my likeness," says Vincent in his May 2 Facebook post.

Another name can now be added to the exclusive list of real people who became caricatured versions of themselves in animated films, e.g., Ward Kimball in The Nifty Nineties;  Frank Thomas and Ollie Johnston in The Iron Giant and The Incredibles; and John Culhane in The Rescuers. 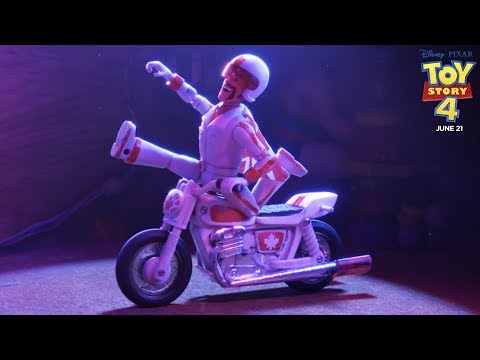