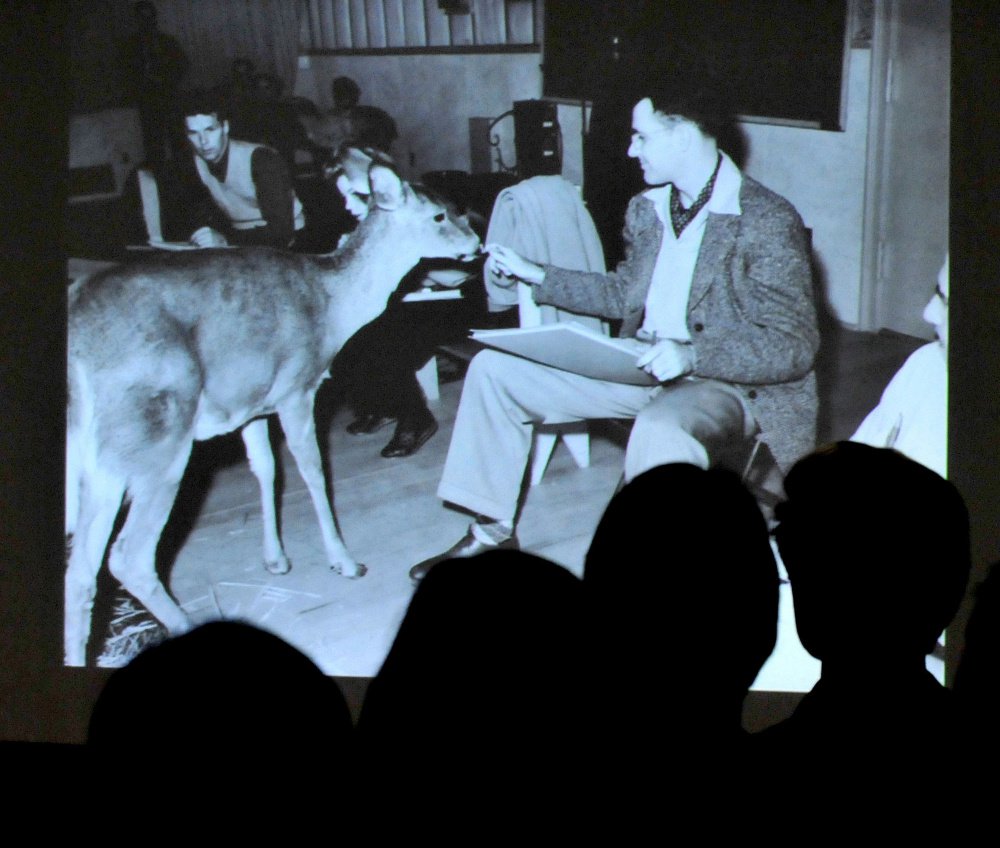 Man feeding a whitetail deer that was one of many deer brought from Maine to California by the Walt Disney Company for artists to study for the movie "Bambi," part of a presentation by film and animation historian John Canemake on Tuesday during a Maine International Film Festival event at the Colby College Art Museum. Staff photo by David Leaming

WATERVILLE — While working for The Walt Disney Co. in the late 1930s, Damariscotta native Maurice “Jake” Day recommended that the company send people to the forests of Maine to gather inspiration for the animated film “Bambi.”

Walt Disney sent Day back to his home state for six to nine months to take photos and paint landscapes of the region around Mount Katahdin and Baxter State Park as well as animals, plants and the seasons.

Partly because of Day’s influence, two white-tailed deer — orphaned fawns named Bambi and Faline — were sent by the Maine Development Commission to Hollywood by train for Disney animators to study, according to animator and animation historian John Canemaker. The deer lived at the Disney studio during the several years of the film’s production and were later released as adults to a zoo and then to Griffith Park in Los Angeles.