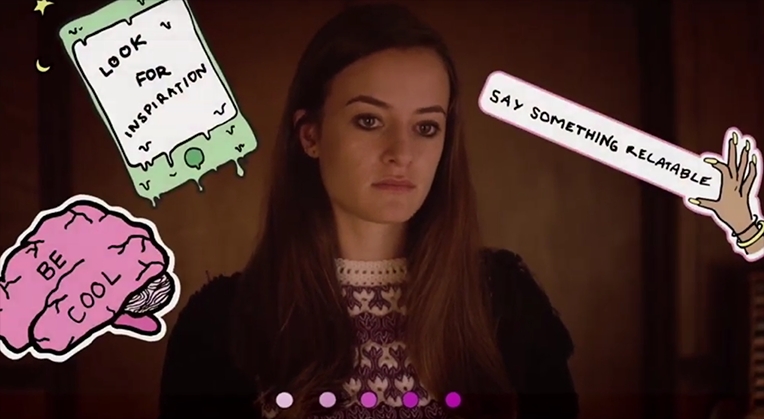 UGFTV Alum Chloé was one of ten filmmakers chosen by Warner Brother's Music Group & Eko to create and direct an interactive pilot. She co-wrote and co-produced this project with fellow Tisch graduate, Devon Leaver (2015). They have known each other since their first year at Tisch. The project was edited by Patrick Roth (2015), the director of photography was Conor Murphy (another NYU, Tisch Alum) and it was associate produced by Alanna Harrington (2015).

Eko and Warner Brothers Music Group handpicked a group of ten emerging & exciting creators who had stories to tell that just wouldn’t fit inside the boundaries of traditional storytelling. With their interactive guidance, and production assistance from their partners (like WMG, FBE, Virgin Produced, Adaptive Studios, and New Form), these creators made ten game-changing pilots.