Organized by Fusion Faculty Advisor, Prof. Susan Sandler, the event connected Fusion to vital organizations that support women behind the camera, including Women in Film, Re-Frame and WeForShe, as well as tastemakers from across the entertainment industry. Fusion alumna Alee Ruggieri (UGFTV 2017) was Production Manager for the event which included a filmmaker reception sponsored by HBO and HINT water.

Some reflections on the event from the participating artists: 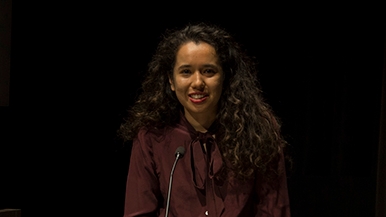 Kit Zauhar, (UGFTV 2017)
“It was such an incredible experience getting to meet my fellow Fusion winners at CAA. I felt empowered, artistically challenged, and a great sense of belonging. Women in film deserve to be celebrated, and I'm so thrilled I got to be a part of the celebration. “ 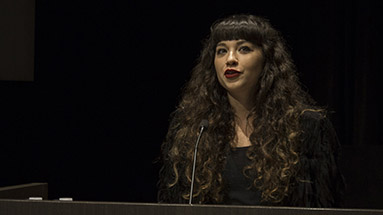 Chloé Atkas, (UGFTV 2016)
“To have my short film screen at one of the most esteemed talent agencies in the world and to connect with industry leaders was an opportunity I never thought I would have at my age.  Meeting such incredibly talented and insightful women working in the industry was thrilling and deeply encouraging. I feel very supported by the NYU, Tisch and the Fusion community.”

Raven Johnson, (Grad Film 2018)
“It was a wonderfully exciting experience screening at Fusion's Best of Fest in LA. I made some great industry connections and formed some solid friendships.  I'm honored to be part of a community of so many talented and driven female filmmakers.”

Yanqiu Fei, (Tisch Asia 2016)
“The Fusion/CAA screening was a wonderful experience. It has given a chance for new filmmakers to showcase their hard work to the industry and to connect with other great female filmmakers who are making waves out there. I felt embraced by the Fusion community, as we grow our networks, support each other, and constantly inspire each other. Special thanks to Prof. Susan Sandler, who put so much effort into creating this event and continuously supports us by connecting us to other great industry people through her network. Because of the Fusion event I've got meetings with producers, show runners, and managers and agents. It was truly a fruitful experience.”