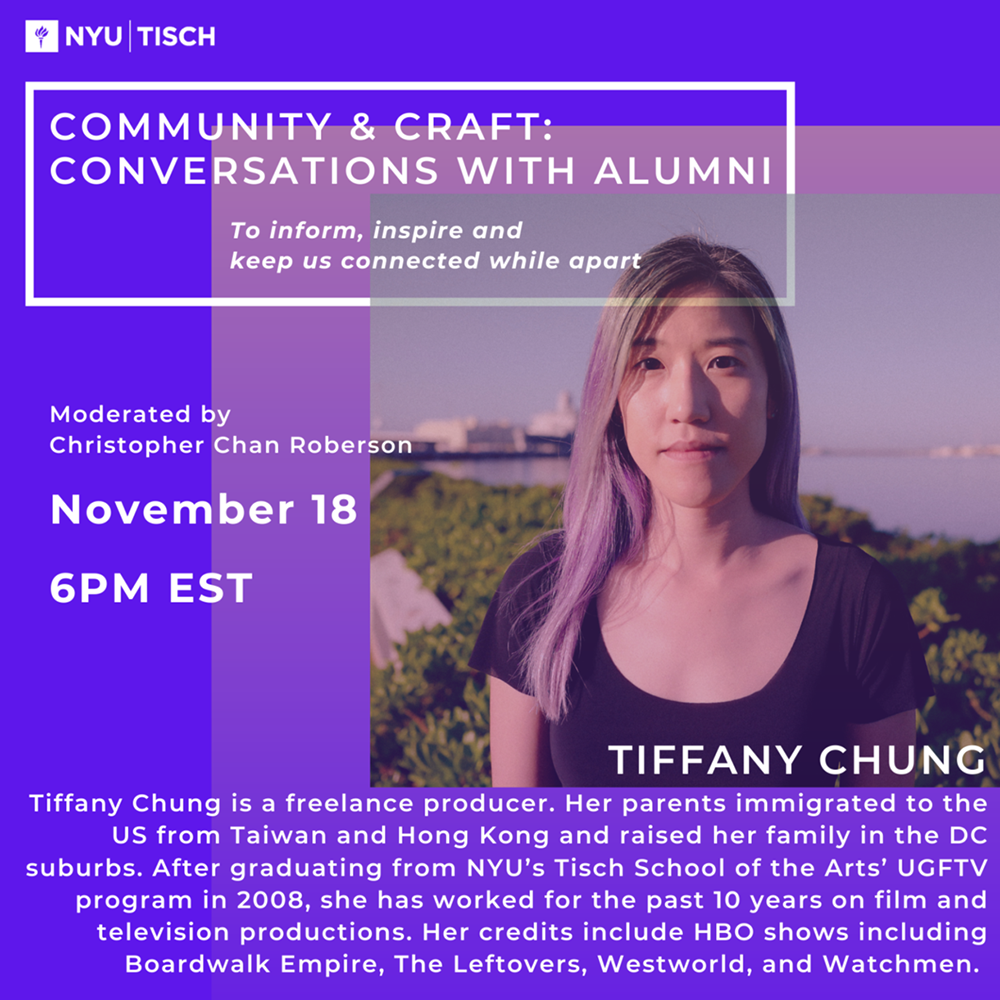 Tiffany Chung is a freelance producer. Her parents immigrated to the US from Taiwan and Hong Kong and raised her family in DC suburbs. After graduating from NYU's Tisch School of the Arts' UGFTV program in 2008, she has worked for the past 10 years on film and television productions. Her credits include HBO shows including Boardwalk Empire, The Leftovers, Westworld and Watchmen.