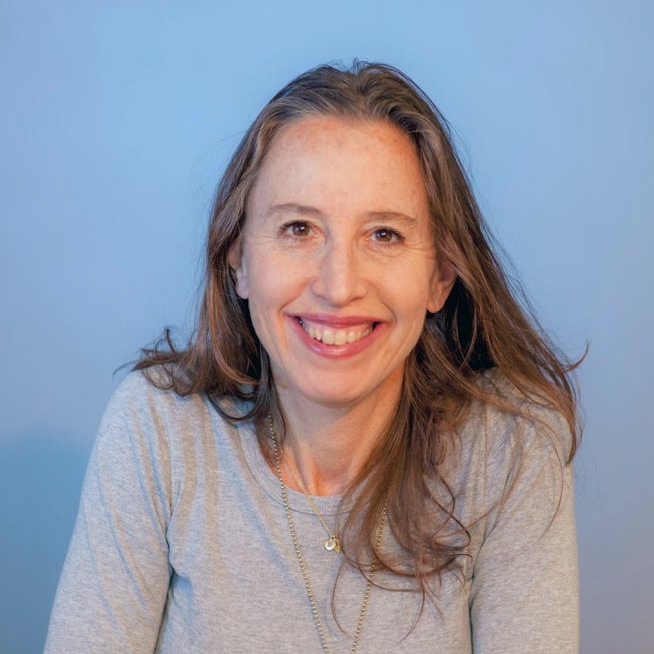 Caroline Baron is a New York based film and television producer, humanitarian, entrepreneur and university professor.  She produced the award winning film Capote starring Philip Seymour Hoffman, for which she received a Best Picture Academy Award nomination. Her many credits include the cross-cultural hit Monsoon Wedding, winner of the Golden Lion at the Venice Film Festival and numerous awards worldwide.  She is currently producing the critically acclaimed Amazon series, Mozart in the Jungle.

Baron and her filmmaker husband Anthony Weintraub are partners in A-Line Pictures and co-founders of children’s media company yummico.  A-Line is producing a film adaptation of the bestselling novel Bel Canto, among others.

yummico produces multi-platform content for young children.  The company has released the award-winning apps Yummiloo Rainbow Power and The Adventures of Ash and Ollie’s  ScreenTime, which Baron wrote. They are in development and production on several new properties.

In 1999, motivated by reports of families who fled their homes in Kosovo to seek refuge in crowded camps in Macedonia, Baron founded the non-profit organization FilmAid International. FilmAid’s programs foster understanding, engage the mind and provide life-saving information on HIV/AIDS, landmine awareness, health and hygiene, women’s rights, and conflict resolution. FilmAid currently reaches hundreds of thousands of refugees and other vulnerable populations in Africa, Asia, South America, the mid-east and Haiti. Baron has traveled to Kenya, Tanzania, Guinea, Kosovo, Macedonia, Afghanistan and Haiti and has worked with several branches of the UN and the US Dept. of State as well as numerous NGOs in the field.

Baron is currently an Assistant Arts Professor at NYU’s Tisch School of Undergraduate Film and Television, teaching classes on producing.

Baron began her career as the production manager on the cult classic film, The Toxic Avenger.  She has served as Producer, Co-Producer or Executive Producer on numerous films including Admission starring Tina Fey, Being Flynn starring Robert DeNiro, Center Stage, Flawless, Addicted to Love, The Santa Clause, and Mira Nair’s Kama Sutra.  She was the Associate Producer of the hit television series The Wonder Years, produced the NBC miniseries Witness to the Mob and co-produced the documentary Preston Sturges: The Rise and Fall of an American Dreamer for PBS.

Baron has been recognized for her work at numerous international awards ceremonies and events, including winning the Emerging Producer award at the 2006 Independent Spirit Awards, an Oscar nomination for Capote for Best Picture, a Spirit Award nomination for Capote for Best Picture, an Emmy Award Citation for her work on The Wonder Years, and a 2006 Vision Producer of Excellence Award for Capote. She has received an honorary Doctorate of Letters from Chapman University and the 2008 Alumni Achievement award from Brandeis University.

She graduated with BA in English from Brandeis University. She lives in NYC with Weintraub and their two sons Asher and Emmanuel.  Asher is the creator of the “menurkey,” a menorah in the shape of a turkey that commemorated the unusual union of Hanukkah and Thanksgiving in 2013.

2008 Featured in an article in Variety

2001 Featured in O, The Oprah Magazine

2006 Women’s Forum for the Economy and Society, Deauville, France - Speaker