The fountain is on in Washington Square Park, ice cream trucks are playing their cheerful music, and there’s a fruit cart on every corner. Yes, it’s officially summer in New York City.

Tisch Summer Session I classes are wrapping up but we didn't want them to end before sharing what students have been up to around campus. 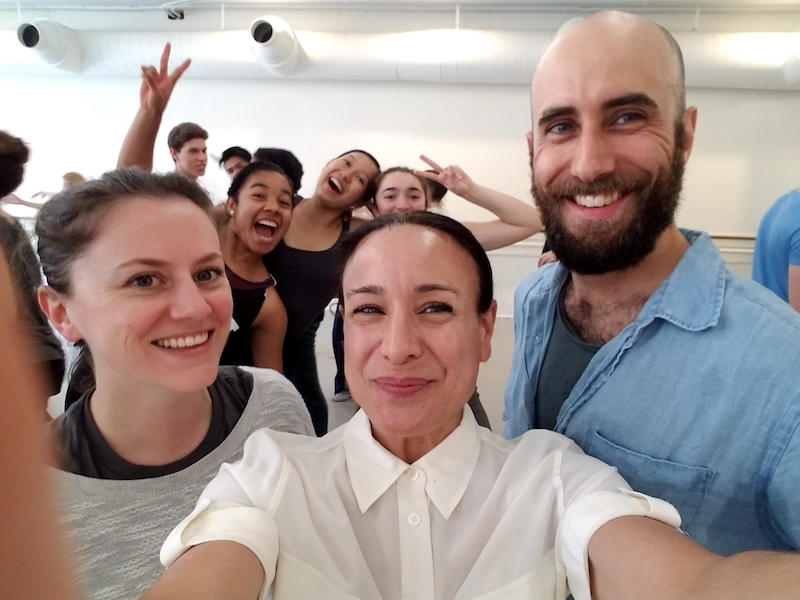 Watch the repertory showing from Helen Simoneau Danse with the Tisch students below:

In the Open Arts course, Site-Specific to Immersive Dance Theatre: Choreographing Unconventional Formats, students spent time in the field researching and creating individual choreographies on The High Line, Governors Island, Grand Central Terminal, and The Brooklyn Museum. Guest artists such as Miguel Guzman, Yara Travesio, Ingrid Kapteyn, Molly Griffin, and Nicholas Bruder have visited the class to speak on their own experiences creating and performing dance off of the stage ranging from political and social action works to Punchdrunk's Sleep No More.

Danielle Russo, who has been teaching course, says “It's been an exciting first run of the course! Over the past three weeks, we've made trips to see site-specific, installation, and immersive dance work, either on location or curated by The Met Breuer, St. Ann's Warehouse, Pioneer Works, The Kitchen, and En Garde Art's inhabitance of an abandoned office building in Greenwich Village.” 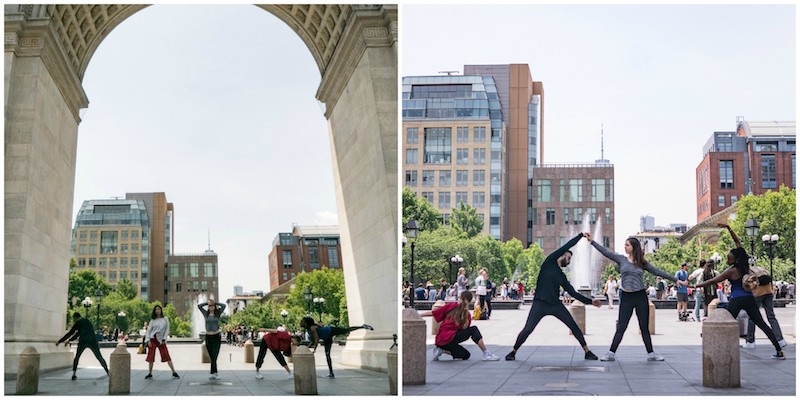 Inspired by these visits and guests, the students have created their own site-specific, installation, and immersive choreographies.

The Rita and Burton Department of Dramatic Writing students have been crafting stories, from the 30-minute sitcom to the dramatic five-act play.

"I can honestly say I’m laughing as much in the half hour television class writers’ room as in any professional writers’ room I’ve ever experienced,” Dee LaDuke, instructor for Television I: The Half Hour, said. Her group of students, hailing from England, Ireland, Canada and the U.S., are writing a season’s worth of Barry specs, a half season of Brooklyn Nine-Nine with Arrested Development and It’s Always Sunny In Philadelphia episodes tossed in for variety.

“They are as motivated a class as I’ve ever taught and I look forward to each session,” she continued. “I think they are having as much of a blast as I am. Meeting twice a week, with the summer schedule, really brings the feeling of a writers’ room up close."

After working on their second round of rewrites last week, their final step is to take the guidelines for their final sketch packet, which will suit the needs of an imaginary late night TV show. “Using that, they'll determine what they can use from what they've already generated, and what new material they still need.” Nelson said. “It's a great group of writers!”

In Playwriting I, Kate Cortesi’s class is “writing wonderful work and beautiful messes.”

“We are experimenting with stories that include storytelling as an element, and what we're calling achievable magic,” Kate said. “We're learning how often, when it comes to dialogue, less is more, and what kinds of mysteries help the audience lean forward.”

Kate continued, “We are very inspired by Anne Washburn's “Mr. Burns”. Someone is attempting his first musical linking the Holocaust to the origins of Superman in America. Someone else's play riffs on “The Bachelorette”. Another is writing characters she never thought she'd write and is surprised at how at home and alive her writing sounds in those voices. Someone else is discovering how research can unlock our imagination.”

The Interactive Telecommunications Program (ITP) is one of the few departments that offers graduate-level courses during the summer. Kathryn Hartman has been teaching Social Wearables, which explores the potential for wearable technology to enhance body language and communication. 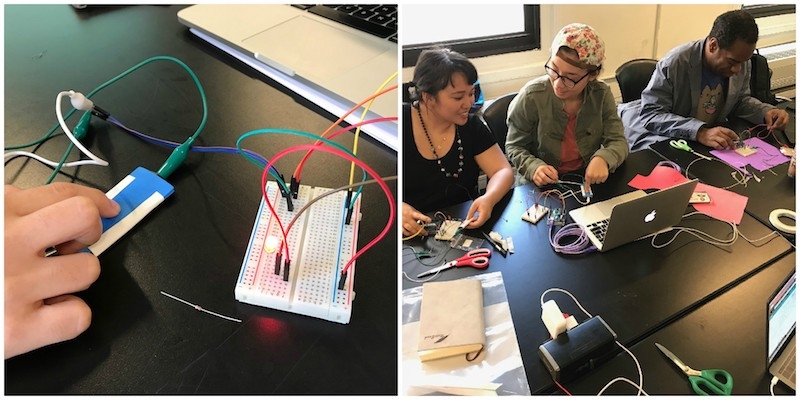 A few floors down in our building on Broadway, Laurence Maslon has been teaching Topics in Musical Theatre: Hammerstein and Sondheim in the Undergraduate Drama department. One highlight of the class has been attending the Broadway production of Rodgers and Hammerstein’s Carousel. Attending the musical “provided some essential and robust conversations!” Laurence said.

In the Intermediate Experimental Workshop, one of many film production courses offered at the Kanbar Institute of Film and Television, Chitra Neogy’s students have been experimenting with non-narrative approaches to content, structure, technique, and style.

Below are images of one of the film projects, Eve, directed by Emily Brooks Messana. 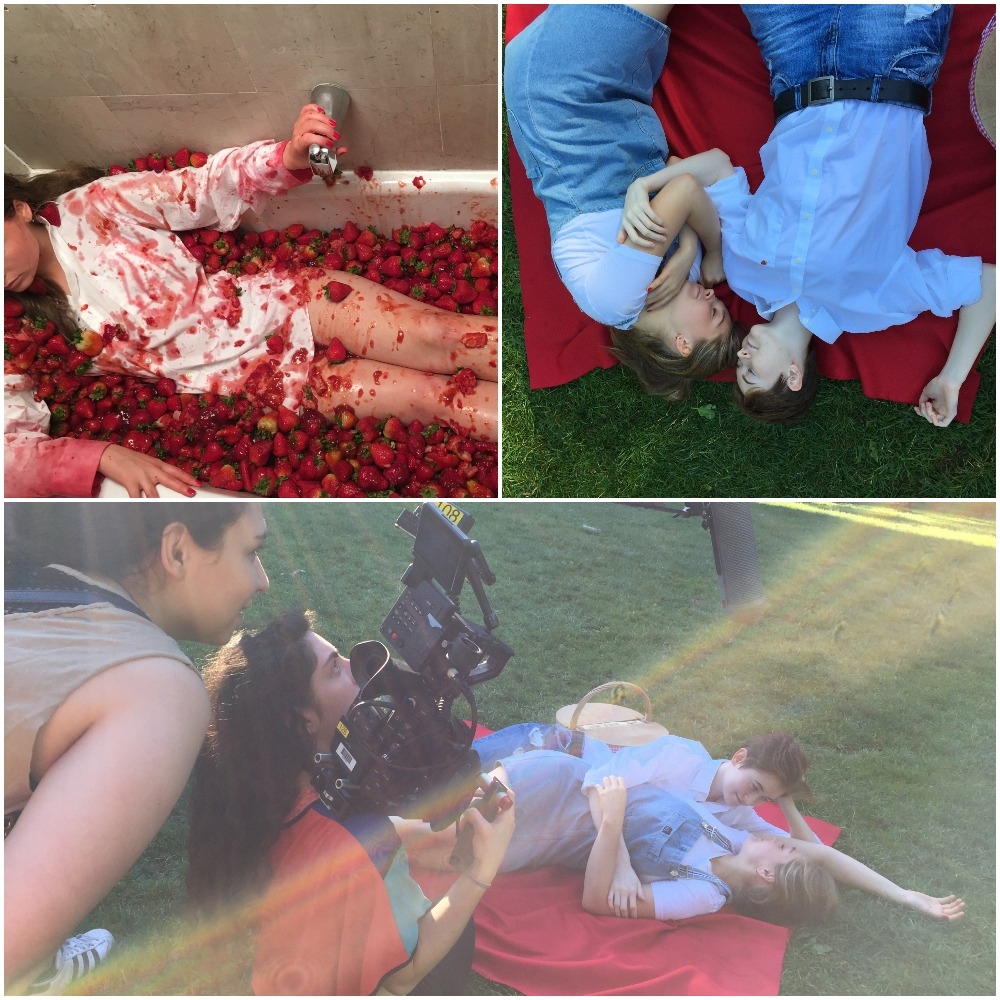 Students in the Producing for Film course visited the Museum of the Moving Image to see the Jim Henson exhibit, and to Kaufman Studios, both in Queens. 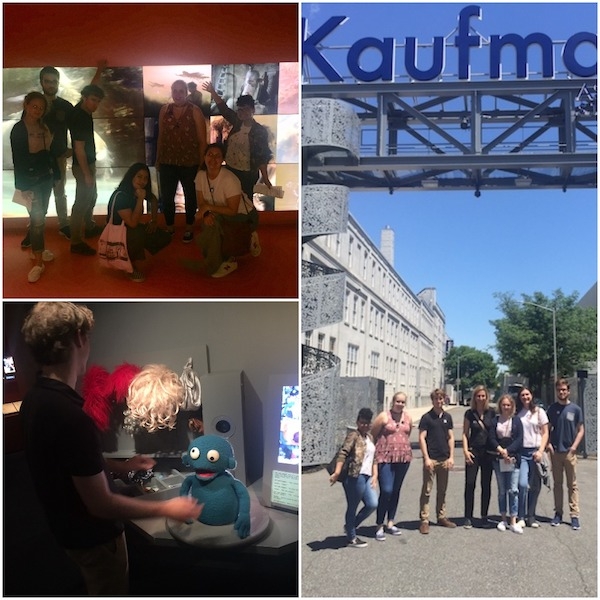 Producing for Film students visiting the Museum of the Moving Image and Kaufman Studios.
Photos by Sofia Sondervan

Students in Alice Elliot's film production course, Sight and Sound: Documentary, have been learning the ins and outs of documentary filmmaking. They create five short films over the six-week program, which means plenty of long hours and hard work, with a break to celebrate a birthday now and then. 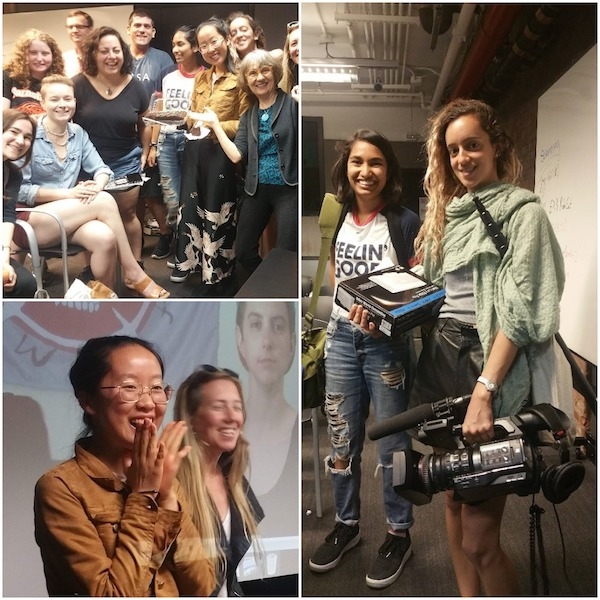 Over at the Clive Davis Institute of Recorded Music, Sofia Rei has been teaching the Song Performance Workshop. Earlier this month she took her students to the David Bowie Is exhibit at the Brooklyn Museum. 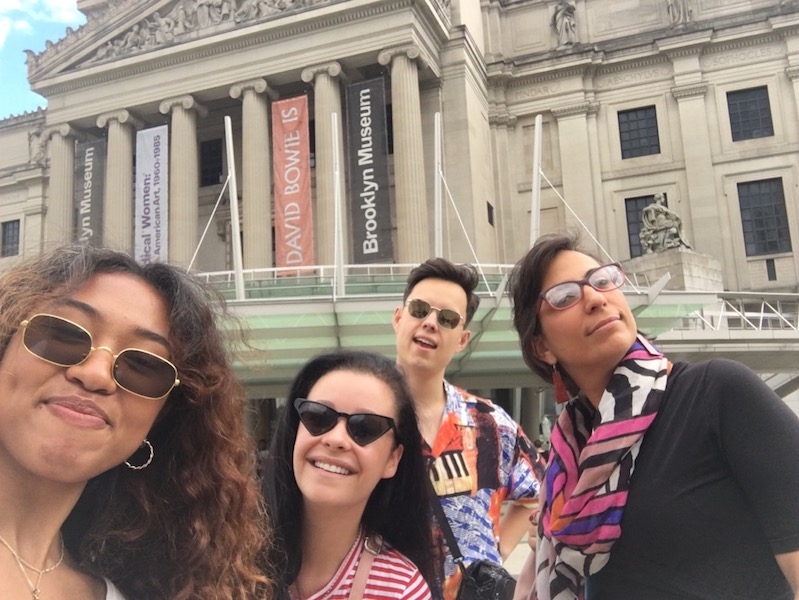 The students have a showcase of their work this Saturday, June 30 at Club Bonafide.

We cross the Manhattan Bridge and end our tour at the NYU Game Center in Brooklyn. Jessie Fuchs teaches Intro to Game Design, where the premise of the class is that all games, digital and non-digital, share common fundamental principles, and that understanding these principles is an essential part of designing successful games. 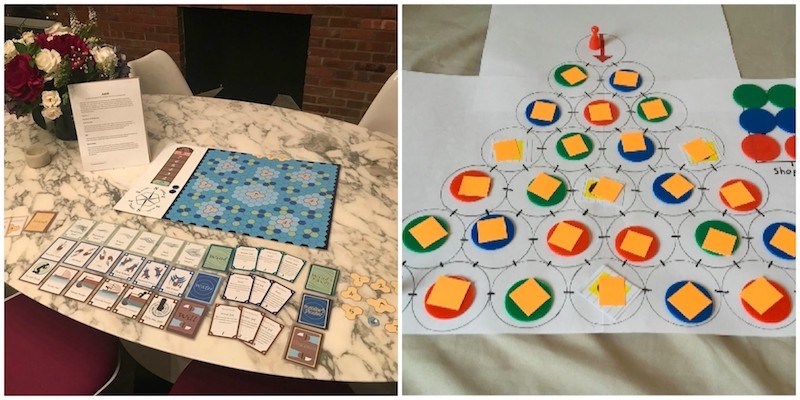 Check back in with us later this summer for a glimpse into Summer Session II, Tisch Summer High School, and the Tisch Summer Study Abroad programs.

Session II begins on Monday, July 2, and it’s not too late to register for a course. Browse what we are offering here and create something extraordinary this summer.

< Previous That Quintessential New York Moment Next > Welcome (Back) to Tisch!