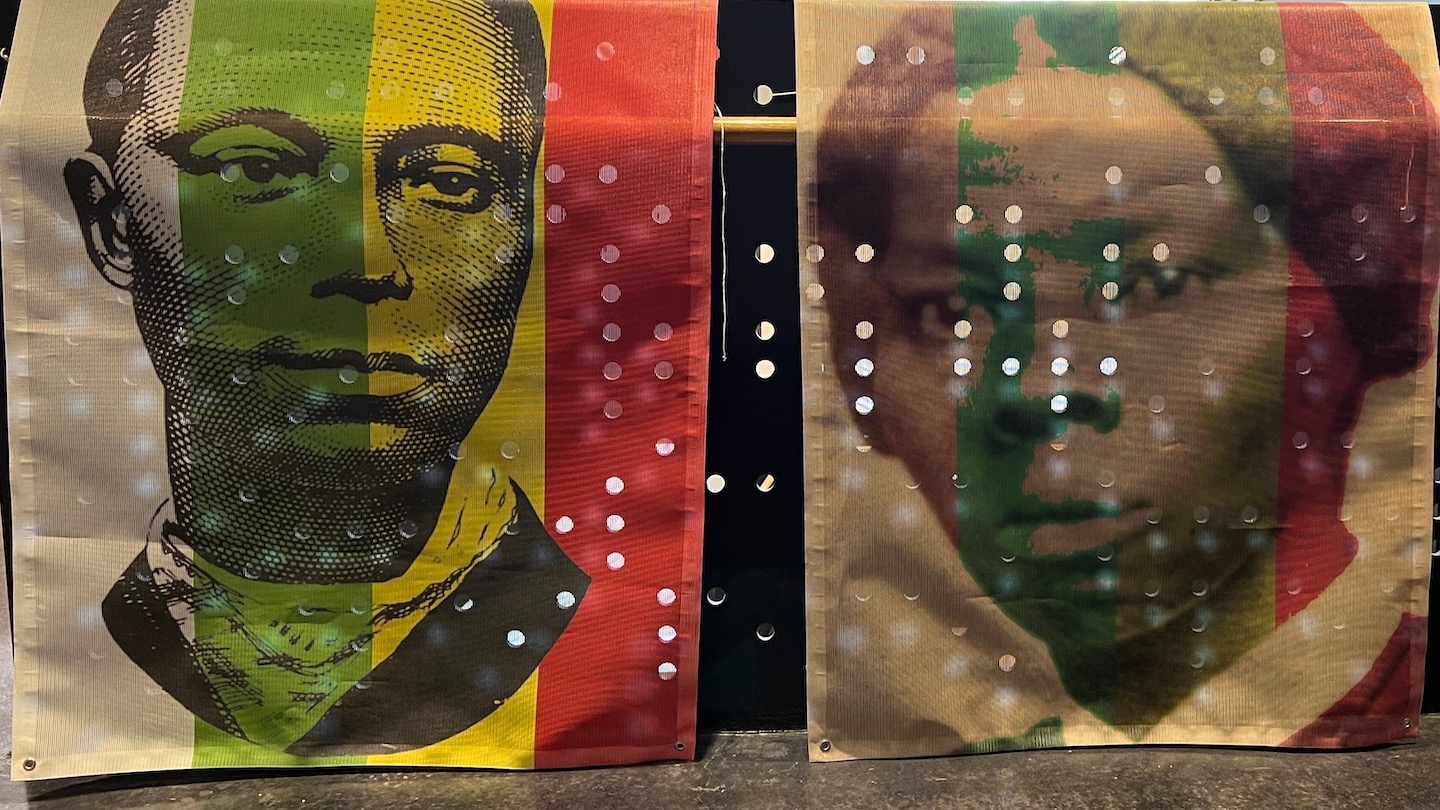 Installation Name: Data Portraits
This latest installation by John Henry Thompson represents a continuing engagement with  some of the seminal work of one of the most important figures in American History - W. E. B. Du Bois.  The installation juxtaposes two visually stirring pieces of data from Du Bois's presentation at the 1900 Paris Exposition.  The purpose of the Paris Exposition (also called the World Fair) was to celebrate and highlight advances in technology and culture made by countries around the world - predominantly Western countries.

In this installation, the image on the left shows data visualizations from sociological studies and surveys conducted by W. E. B. Du Bois at the turn of the 20th century. The image on the right shows "The American Negro" engaged in various activities of life from the serious (scenes of education) to activities of leisure (picknicking).  The visualizations and photos formed a part of an Exhibit called "The American Negro" which Du Bois was commissioned to present at the 1900 Paris Exposition.  The purpose of this particular exhibit (which won several awards) was to show the progress of Black Americans less than one generation after the official end of enslavement, IN SPITE OF America.

Over the years John Henry has explored this body of work using various technologies. In this latest iteration using p5*js and ml5*js (the machine learning library for image recognition), an abstract rendering of the viewer places them at the center of this exploration.

You can learn more about John Henry Thompson's current series of installations at https://jht1900.github.io/a/colored.html

About The Artist:
John Henry Thompson studied art at the New York Student Art League and the Boston Museum School and earned a degree in Computer Science and Visual Studies from the Massachusetts Institute of Technology. John Henry was the principal engineer for Adobe/Macromedia Director, the inventor and developer of Lingo and XObjects, and a professor of new media at New York University—Tisch Interactive Telecommunications Program. 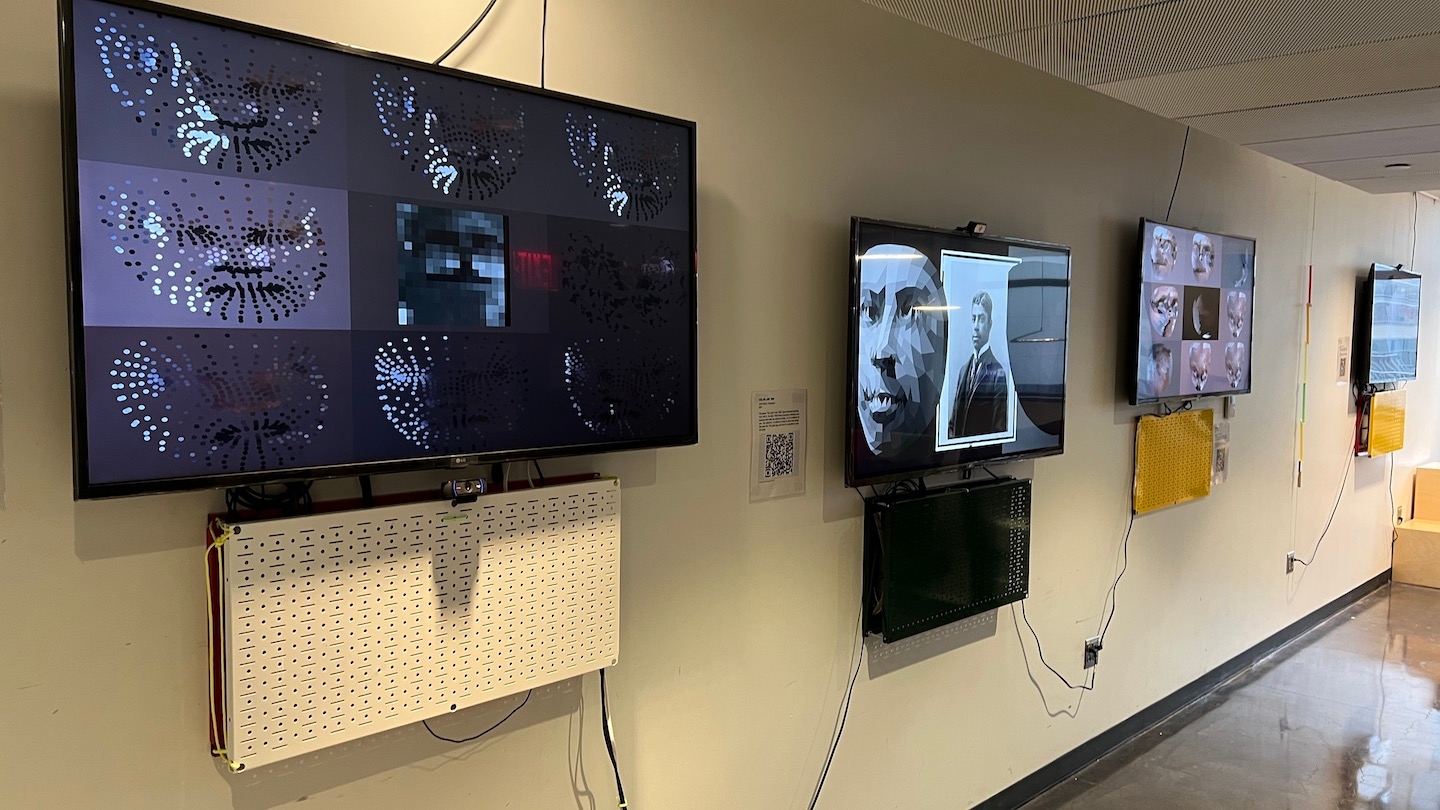 Installation View on the 4th Floor of 370 Jay Street