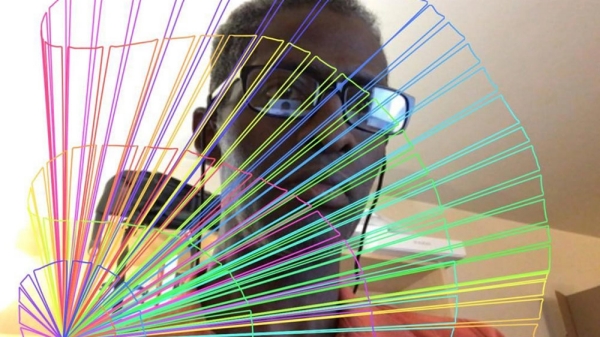 The talk will be about DICE, a software platform in development to explore learning, art and science: http://www.johnhenrythompson.com/3-dice.

John Thompson invented lingo programming used in Macromedia Director and Shockwave. Lingo has been used to create flash and shockwave programs that now are prevalent in video games, web design, animation, and graphics.

Thompson studied art at the New York Student Art League and the Boston Museum School and earned a degree in Computer Science and Visual Studies from the Massachusetts Institute of Technology in the 1983. Thompson was the principal engineer for Macromedia Director, the inventor and developer of Lingo and XObjects, and a professor of new media at New York University—Tisch Interactive Telecommunications Program.

From 1987 until 2001, Thompson was the chief scientist at Macromedia where he developed a number of products, including the VideoWorks Accelerator, VideoWorks II, MediaMaker, Action, and Macromedia Director. He became Senior Principal Software Engineer at Macromedia in 2003. John Thompson is now an owner of JHT Consulting, Bala Cynwyd, PA, which provides consulting services for web-based application development.