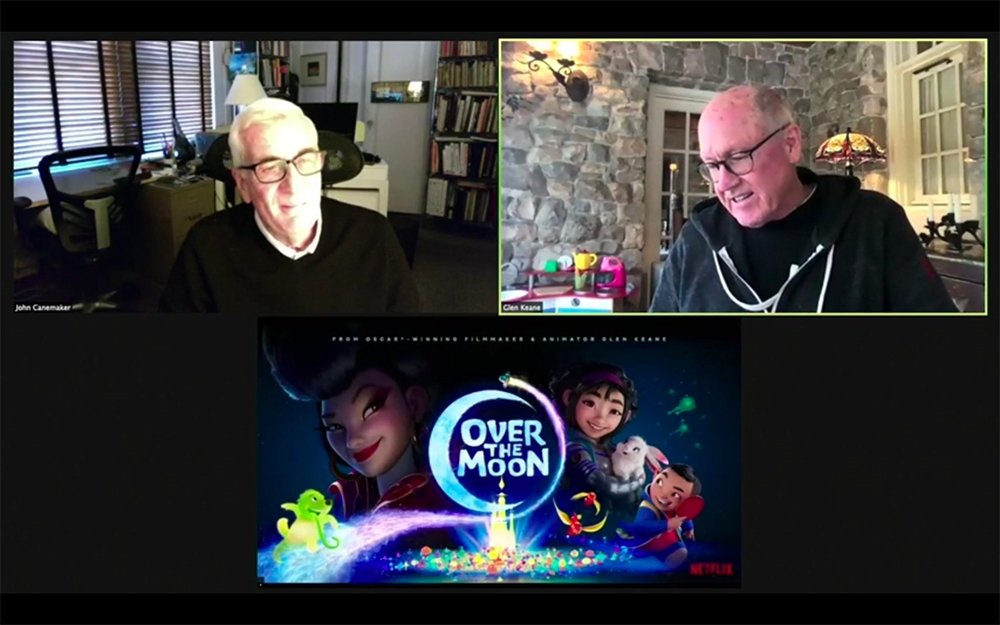 This past November 20th, Professor John Canemaker interviewed Master Animator, Glen Keane, about his work on Netflix's, Over the Moon. This webinar is now available online for those who missed it, or those who would like to watch again.

About Glen Keane
A 38-year veteran of Walt Disney Feature Animation, Glen Keane trained under Walt Disney’s Nine Old Men. Keane created beloved Disney characters such as The Little Mermaid, Aladdin, The Beast, Tarzan, and Rapunzel. In 2012, he began Glen Keane Productions to further his artistic explorations, and has since collaborated with Google, the Paris Ballet, and Kobe Bryant. He directed the Academy Award-winning animated film Dear Basketball, which he animated and directed in collaboration with legends Kobe Bryant and John Williams.

About Over the Moon
Fueled with determination and a passion for science, a bright young girl builds a rocket ship to the moon to prove the existence of a legendary Moon Goddess. An exhilarating musical adventure about moving forward, embracing the unexpected, and the power of imagination.