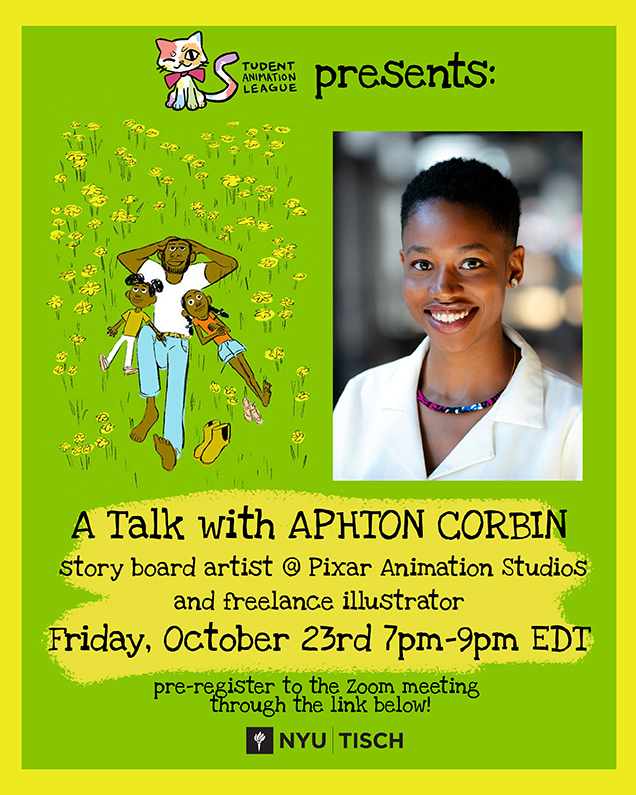 oin the Student Animation League on October 23rd at 7PM Eastern Time for a special evening with Aphton Corbin, story artist at Pixar Animation Studios, as she discusses her story process and shares her journey into the industry.

After registering, you will receive a confirmation email containing information about joining the meeting.