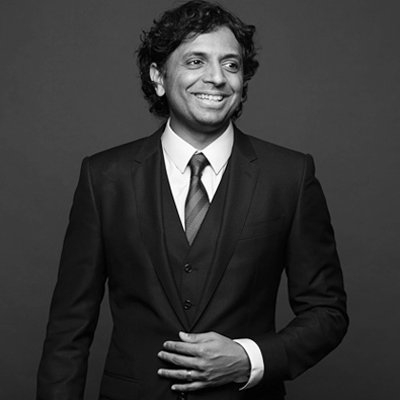 Shyamalan was born in a Hindu household in Puducherry, India. He spent his first six weeks in Puducherry, and then was raised in Penn Valley, Pennsylvania, a suburb of Philadelphia.

Shyamalan made his first film, the semi-autobiographical drama Praying with Anger, while still an NYU student, using money borrowed from family and friends. It was screened at the Toronto International Film Festival. He wrote and directed his second movie, Wide Awake, in 1995, though it was not released until 1998.

Shyamalan also released the found footage horror film The Visit (2015) and the psychological thriller Split (2016). His latest film is the superhero thriller Glass (2019), which is the third and final chapter of his Unbreakable film series.

In addition to his directorial work, Shyamalan was a producer for the horror film Devil (2010). He was also instrumental in the creation of the Fox science fiction series Wayward Pines (2015–2016), for which he executive produced and directed the pilot episode. He also appeared in an episode of the series Entourage.