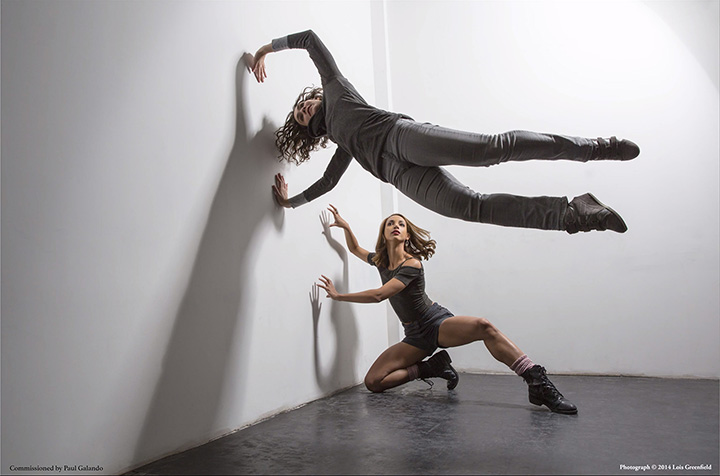 While students in our MFA program last year, Ms. Lyons (Producer / Choreographer) along with Everett Johnson (Co-Producer), LaShaun Prescott (Co-Producer), Hala Shah (Co-Producer), Blair Alexa Valentine (Co-Producer), Xiaoxiao Wang (Co-Producer) and I (Exec-Producer) created a short film for the Let's Move! campaign showcasing our students and highlighting their unique styles of contemporary dance during a day's excursion out to the creative Long Island City arts district. As part of the film, I asked world renowned photographer Lois Greenfield to capture the spirit of our dancers and help bring awareness to our support of the Let's Move! campaign. This past year, I asked Lois to join our department as our first Tisch Dance and New Media Artist in Residence. It has been a wonderful learning experience for our students to have access to work with and learn from such an incredible artist. Stay tuned for a look into how Lois works in the Let's Move! with Tisch Dance and New Media short film. As part of the film, we captured Lois in action in 4K using Canon's Cinema DSLR the 1DC. Lois shot with the 5D Mark III. These DSLR cameras allow for a fusion of the tools a filmmaker and photographer use. In addition to this project being a collaborative between the teachers and students, as educators, Lois and I taught and explained our process during the project. The best part of my job is when I see my students create something exciting through film and new media that is in compliment to their work as dancers and choreographers.