Once again, APEX in Ghana partnered with the Real Life Documentary Festival, the West African Documentary Forum and NYU in Ghana to hold a series of audiovisual preservation events in Accra, Ghana. We also worked closely with the Ghana Broadcasting Corporation, TV 3/GAMA and the National Film and Television Institute to carry out the events, and we are grateful for their assistance. We are also grateful to our supporters who made this year's trip and events possible: the NYU Department of Cinema Studies , the NYU Office of Global Programs , Jim Lindner (Media Matters ), Mick Newnham (National Film and Sound Archive of Australia), and MacDonald & Associates. Also thanks to Jonah Volk (MIAP '10) for contributing his research on preservation of file-based video.

We are excited to report that the group of participants who attended last year's week-long workshop on "Preserving Our Audiovisual Heritage" have joined together, along with other interested local parties to create an Association for Salvaging of Ghana's Films (ASFG). The group includes Ghana's major cultural organizations such as the National Museum and the National Archives of Ghana and most of the public and private television stations in Accra. They recently drafted a memorandum of understanding among the members that calls for the "Collection and identifying of all national film heritage in order to restore, retrieve, protect and preserve them," with the long-term aim of the "establishment of an independent Audiovisual Library which will include Ghana's entire film heritage both in the past and present in the best of conditions."

Our work in Ghana in 2010 focused both on continuing the training program, facilitating a panel discussion of the ASFG at the Real Life Documentary Festival, and expanding our contacts and consultations in Accra.

The ASFG panel, Salvaging Ghana's Film Heritage, was moderated by Ishumael Zinyengere. An audience of filmmakers, educators, cinema students, scholars, archivists, and government decision-makers enthusiastically listened to panelists concerns and expressed interest in helping support their agenda. Excerpts of Nkrumah-era movies were screened; one excerpt from the archives of Ghana's TV3/GAMA showing Nkrumah speaking shortly after independence, and one from home movie footage of 1957 Accra loaned to us by MacDonald and Associates in Chicago. A poignant moment was when a student remarked, "I've seen many pictures of Nkrumah [Ghana's first president] but I have never seen him move". The panel provided a rare opportunity for Ghanaians to see historic footage and to publicly discuss its cultural and historic value. 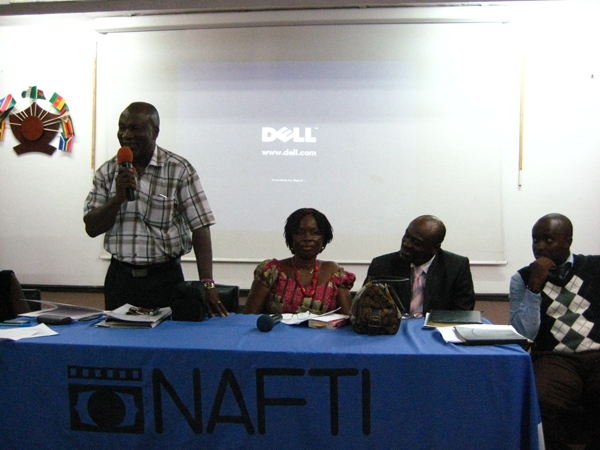 At the request of the participants, the 2010 training focused on fundraising and video re-mastering. With the generous support of our sponsors, we were able to conduct two and a half days of hands-on workshops, and introduce participants to solutions, practical workflows, equipment and supplies to help resolve some of their toughest challenges.

The fundraising workshop focused on how to create and pitch a project that would result in new access to a moving image collection. We talked about what motivates funders, and what projects make the best match for different partners: corporations, foundations and other non-profits and individuals. The day ended with a discussion with Mary Scholl from the U.S. American Embassy about the Ambassador's Fund for Cultural Preservation, a U.S. State Department Program that could be used for audiovisual preservation. 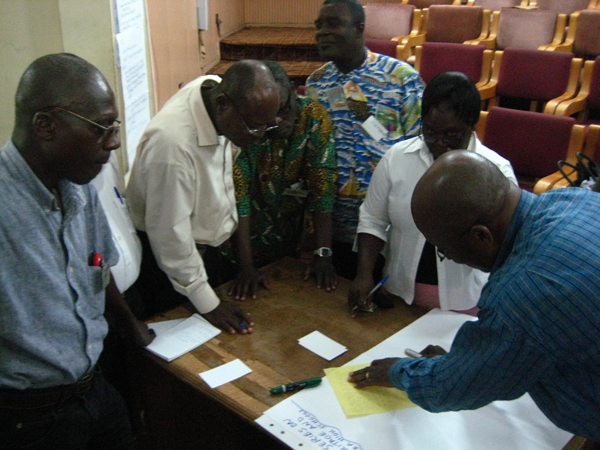 The next day we shifted gears to cover the process of transferring video to digital files. We reviewed the ideal: getting the highest quality file using a stable system with good monitoring of the process, and having a sustainable storage strategy. We then presented a compromise that demonstrated the basics: capturing DV-quality files from VHS and storing the files on two hard drives. Thanks to an excellent video produced by the National Film and Sound Archive of Australia, the participants learned how to distinguish surface contaminants -- mold from the white crystalline of binder degradation -- and how to take apart a videocassette and hand clean the top of the tape pack. Participants had the opportunity to see how to set up a small-scale video transfer station, using an analog-to-digital converter and video editing software to capture from analog sources. 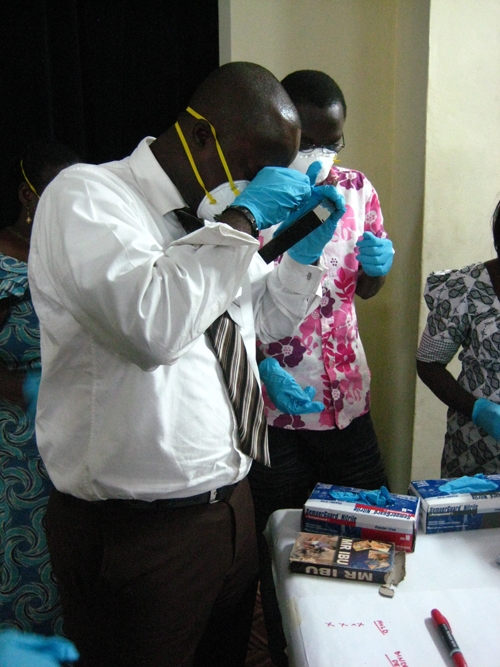 A half-day workshop on was conducted on Saving New Productions. This training focused on steps videomakers can take to safeguard their new work. The workshop attracted over 25 participants, primarily film and television students at NAFTI. This very engaged and participatory group looked at some of the differences between shooting on physical media (such as MiniDV) versus hard disk-based cameras that store on media (such as the Panasonic P2). Overarching topics covered were backup of media on multiple storage devices, and file organization, file naming, and metadata. Group work on file and folder naming conventions revealed the participant's excellent grasp of some new concepts and a readiness to apply what they learned to their own practice. 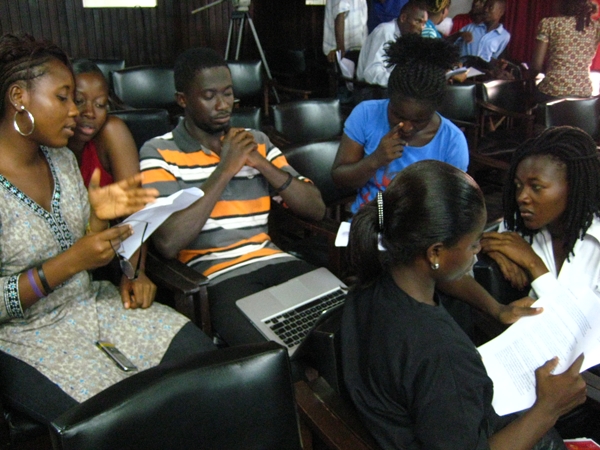 Finally, we are thrilled to announce that APEX member Jennifer Blaylock (MIAP '10) has received funding from the U.S. Department of State Fulbright Program to spend 10 months in Ghana beginning in September 2010. As part of her research Jennifer will coordinate with ASFG members to gain more accurate data on salvageable films and/or video copies of films, so that selection and preservation work can begin. You can follow Jenn's progress at her blog, Mobile Cinema: Ghanaian Politics in Transit.

Thank you to everyone who supported APEX in Ghana 2010!