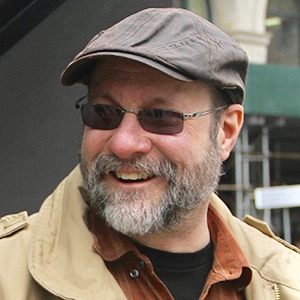 Dean Lennert is an award winning director/animator with over 30 years of professional experience working in a variety of styles and mediums ranging from stop-motion techniques to traditional hand-drawn work and 3-D computer animation.

With early career highlights on Nickelodeon’s Doug, MTV’s Beavis & Butthead and Schoolhouse Rocks for ABC Television, Lennert also has the distinction of being an animator on the 1998 Academy Award Winning Animated Short Subject Bunny and the 2002 Oscar-nominated feature Ice Age for Blue Sky Studios.

As a writer about the industry, his interviews with many animation artists have been published internationally. Lennert has also contributed animation to shows and segments on, among others, NICK JR, SESAME STREET and SATURDAY NIGHT LIVE, and is currently producing his own independent short film, Dear Anna Olson.