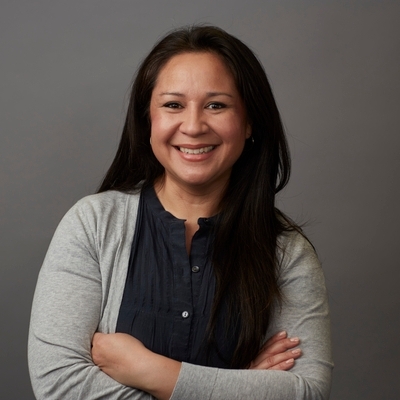 Christina DeHaven-Call (she/her) is an Assistant Arts Professor in the department of Undergraduate Film & Television, where she teaches Producing the Short Screenplay and serves as Associate Chair of Production for UGFTV.  She holds a BFA in Film & Television Production from New York University’s Tisch School of the Arts.

Christina has over 20 years of experience in producing, line producing, and production management that includes short films, feature documentaries, digital series, music videos and commercials.  Her films have screened at the Sundance, Tribeca, and SXSW film festivals (3D, CUTMAN), and on HBO (MY UNCLE BERNS, BLACK CARD).  Christina’s more recent work includes the fiction podcast WEDNESDAY MORNING, a political satire about the 2020 election directed by Pete Chatmon, and she is currently in production on a documentary for PBS American Masters that will premiere in Spring 2023. She is an active member of the Producers Guild of America and New York Women in Film & Television (NYWIFT), and has presented and moderated events for institutions including NYWIFT, the University Film & Video Association (UFVA) and the Asian American International Film Festival (AAIFF).

In 2019 Christina was honored to be one of seven recipients of  NYU’s Dr. Martin Luther King Jr. Faculty Award, and in that same year she was nominated for the David Payne Carter Award for Teaching Excellence.  In 2022 she was selected as the Tisch nominee for the University’s Distinguished Teaching Award.  Christina has also been awarded several faculty grants through the Office of Global Inclusion, Diversity, and Strategic Innovation to fund projects that support underrepresented filmmakers, including her work with UGFTV’s Filmmakers of Color In Unity and Support (FOCUS) group, and their annual event - the FOCUS Film Festival.