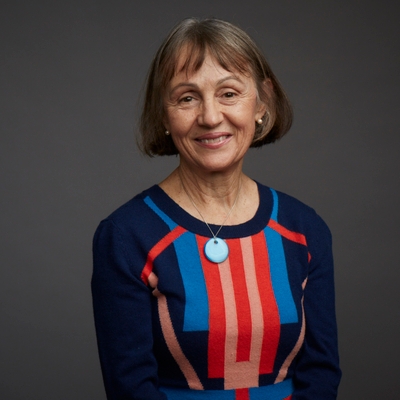 Alice Elliott is an Academy Award nominated documentary director of The Collector of Bedford Street, and a Guggenheim Fellow.  Alice's second film in a trilogy, is the PBS Award winning documentary, Body & Soul: Diana & Kathy. Alice enjoys creating and distributing films that ask us to look at our perceptions of ability. She completed Accommodation, three short films about accessibility on college campuses, and directed and wrote a web series of short videos for self-advocates, ACTIVATE HERE!  She was a directing advisor on Jason DaSilva’s web-pilot Dismantled.

Through her social media presence, she tweets regularly about housing and disability.

She is a Distinguished Teacher at New York University and is currently developing an app on the history of disability rights and looking at empathy and disability through VR.