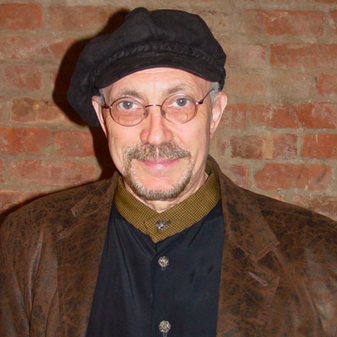 Accumulating over 30 years of professional experience in Europe, Asia, Brazil, Hollywood and New York in all genres of film and television, Prof. Karl Bardosh of New York University has been an award-winning director, producer, writer, editor of features, shorts, television series and documentaries. Throughout these years Prof. Bardosh has been a trendsetting pioneer in many areas of film and television:

He had initiated the world’s first network television educational series on the Aesthetics of Film (Hungary, 1967) Also, pioneered a new genre, Poetry Music Videos with Allen Ginsberg (USA, 1984) and had written, directed and edited the first American documentary on Bollywood and Indian Parallel Cinema for the American Public Broadcasting System (Bombay, 1992) that was run in prime time for three years.

Bardosh wrote and directed the short feature film, “Iron and Horse”- produced at the American Film Institute, shot (in Panavision-Technicolor) by Oscar Winner Vilmos Zsigmond starring Academy Award Nominee Lynn Carlin. The film won Best Short Feature of the Year Award at the USA Film Festival and was the first AFI film that was picked up for theatrical distribution by Warner Brothers at the Melbourne International Film Festival. (1976)

In 1987, Prof. Bardosh had produced and directed “Crossing the Bridge” a poetic documentary for the national television network of Hungary about the friendship between Nobel Prize nominated poet, Sandor Weores and the American Poet Laureate, William J. Smith. The film featured cutting edge, surrealistic visualizations of poetry.

Prof. Bardosh was the Co-Producer/ Writer of “Forced March” the first and only international dramatic feature film co-production about the Nazi labor camps in World War II, featuring Oscar Nominated Chris Sarandon in the lead Miklos Radnoti, a National Poet of Hungary murdered by Hungarian Nazis.(1990)

Championing ethnic television in America, Prof. Bardosh had started Hungarian American Television in 1978 that is still running as a weekly broadcast on Time Warner Cable TV.

Prof. Bardosh had directed the very first experimental multi-camera live switching broadcast streamed on the Internet for the Microsoft Corporation featuring interviews with various stars of Broadway. (“Backstage at the Tony Awards” -1997)

In 2004, “The Sit Down” a multi-camera live-on-tape reality show pilot directed by Prof. Bardosh was nominated for the “Rose d’Or”, the oldest and most prestigious award in international television.

In his NYIIFVF Best Experimental and Best Director of a Feature Award winner film, “Out of Balance” –Prof. Bardosh was the first one to use live action inter-cut with color and black and white rotoscoped sequences to express different layers of memory. (Rio de Janeiro, South Florida, 2006-08)

In his book, The Complete Idiot’s Guide to Digital Video published by Penguin-Alpha Books, Prof. Bardosh had introduced the concept of filmmaking with an unbroken chain of digital software starting with Digital Screenwriting (November, 2007).

In 2010-11, Prof. Bardosh acted as Executive Producer and Editing Consultant on “Mozart of Rap” a micro-budget hip-hop musical feature film. Also, he has produced and directed “Demons and Angels” a full-length docu-feature about addiction for Recovery, Inc.

In 2013-14 Prof. Bardosh directed “Tagore’s Natir Puja” the first feature length dance drama essay film in 3D about the burning of the only film India’s National Poet ever directed. Prof. Bardosh remade Tagore’s lost Buddhist Dance Drama in 3D on the same soundstage where Tagore directed over 80 years ago. In 2016, the film was shown in Cannes by the World Peace and Tolerance Institute and awarded Best Cultural Film and also Best Cinematography for Leonard Retel Helmrich, the Father of Single Shot Cinema.

In 2017, Prof. Bardosh made ”New Year on the Danube”- a short film about his mother’s brush with death at the hands of Bunngarian Nazis at the end of World War II. The film was shot with cell phones and it was shown and awarded in Cannes by the World Peace and Tolerance Initiative.

During the 2019 Cannes Film Festival  Prof. Bardosh has just introduced Cell Phone Cinema for the first time via two competitions:

The World Peace and Tolerance Initiative at the American Pavilion
https://www.filmfestivals.com/blog/cannes_market_dailies/afi_world_peace_initiative_cannes_karl_bardosh_cell_phone_cinema

And at the Global Short Film Awards at the Carlton International Imperial Ballroom:
http://globalshortfilmawards.com/mobile-cinema-2019/

Students from different countries have competed together with professionals and won important awards.
Both events were in conjunction with the Marche du Film during the Festival of Cannes.

In addition, Prof. Bardosh has been frequently serving as Script Doctor, Creative Consultant and Dramaturg on international co-productions and as Artistic Director, Judge and Panelist for international film festivals and competitions.

Prof. Karl Bardosh has been teaching 30 different courses during his 25 years tenure at New York University Tisch School of the Arts Kanbar Institute of Film and Television including a course of his own design “Cell Phone Cinema” since the Fall, 2009 semester and “No Excuses Cinema: Micro-budget Features” since 2015.

Altogether, 30 different courses in Film and Television Production, Writing, History and Criticism, embracing all genres, from Narrative Workshop to Research and Writing for the Documentary.