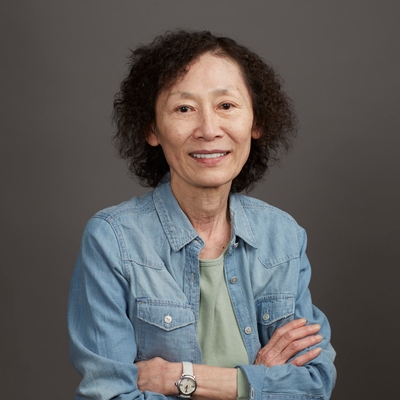 Christine Choy was trained as an architect, receiving her Master of Science degree from the Graduate School of Architecture, Planning, and Preservation at Columbia University. Soon thereafter, her life took a different direction-direction. Christine crossed the country to Los Angeles, studying at the American Film Institute where she earned a Directing Certificate. Christine has produced and directed about seventy works in various forms, receiving over sixty international awards. Among them are numerous fellowships such as the John Simon Guggenheim, the Rockefeller, and the Asian Cultural Council, as well as an Academy Award Nomination for the documentary film, "Who Killed Vincent Chen?". Christine has an equally impressive history as an educator, teaching not only at NYU at both the undergraduate and graduate levels, this year once again as Chair of the former, but also at Yale, Cornell, and SUNY Buffalo. She was also a visiting scholar at Evergreen State College, as well as the Oslo and Volda Film Institute in Norway.