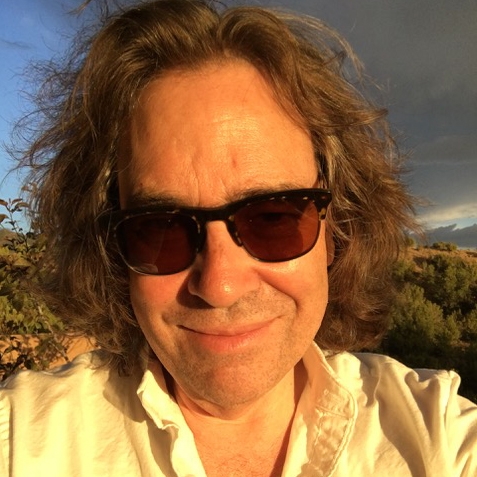 Rick Litvin is a filmmaker, songwriter, photographer and educator.  His work has screened at the Museum of Modern Art, IFC Center, MTV, VH-1 of MTV Networks and has been featured on NPR’s All Things Considered, Weekend Edition, Morning Edition, Public Radio International, The BBC, CBS, as well as being distributed internationally and through Apple’s iTunes.  Rick has generated and directed original cable television program content in collaboration with The 3M Corporation and Time Warner, and has worked in the music industry as a songwriter on nine releases by Lucy Kaplansky (The Tide, Flesh and Bone, Ten Year Night AFIM Best Pop Album of the Year 2000, Every Single Day AFIM Best Pop Album of the Year 2002, The Red Thread, Over the Hills - 11,975,000 streams on Spotify for the track "More than This," Reunion, Everyday Street and The Last Days of Summer - to be released in 2022). His work has been included in a variety of anthologies and has been reviewed across a spectrum of old media and new media publications including the New York Times, Washington Post, Boston Globe, Irish Times and Rolling Stone.

Rick recently produced and directed the new Lucy Kaplansky music video for her version of the Roxy Music classic, “More Than This” and the Shawn Colvin music video of “Ricochet in Time” that premiered on Billboard. He also produced 10 music videos for Joan Baez's 2019 Grammy Award Nominated release, "Whistle Down the Wind." Among the 10 videos, "The President Sang Amazing Grace" premiered on The Atlantic (distinguished by "The Atlantic Selects" category with over 610,000 YouTube plays and over 1,300,000 Joan Baez Facebook views since launch). "Civil War" premiered/featured on the Smithsonian Magazine Website (smithsonianmag.com). “The President Sang Amazing Grace” was published in book form (September, 2019) by Cameron + Company and is distributed by Abrams Books. He directed Shawn Colvin’s Sony Records music video, “Steady On,” which was awarded 5 stars by VH1 for her Grammy Award winning debut recording, “Steady On.”  He has directed, produced, or, co-produced over 190 music videos, co-authored a segment of Amos Poe’s feature film/installation “Empire II” and additional songwriting work that has been featured on network television (NBC, CBS, PBS) including, "Guilty as Sin" which was included on NBC's hit television series "Ed." He directed the Kickstarter launch video (Kickstarter Staff Pick) for the musical group The Pine Hill Project's release, Tomorrow You're Going, which raised over $85,000 in 30 days. Further, he directed the band’s first music video of the Gillian Welch song, “Wichita,” which was profiled in the international online magazine of popular culture, PopMatters.

Rick is an Arts Professor at New York University’s Undergraduate Department of Film and Television. He has worked as an educational consultant for Tribeca Films/Maker Studios, has presented lectures and seminars on video, film and music at a number of college campuses and conferences around the country and has presented his work internationally.  Rick was part of The Season Series at La Pietra, Florence, Italy (2018) with his presentation of Word(s), Image(s) and Instinct. At the Clive Davis Center for Recorded Music, he was a guest lecturer in an ASCAP-sponsored songwriter series.  As an educator, he has created multiple classes at the Tisch School of the Arts ranging from “Making the Documentary” in Dublin, Ireland, the “Summer High School Filmmakers Workshop," “Short Commercial Forms,” "First Person Narrative" and his research based work in developing alternative interdisciplinary approaches to the narrative form. He was invited to create the curriculum and teach an international program connecting visiting young Emirati filmmakers to New York (2015) in collaboration with NYU Abu Dhabi, Image Nation and the Tisch School of the Arts. First Person Narrative was introduced (2017) with support from a Dean’s development grant in partnership with the Office of Strategic Initiatives and Ghetto Film School (2017, 2018, 2019). Another iteration of First Person Narrative was introduced as as one-week model pilot for New York City public high school students (2017). He also worked with film and media related curriculum development, mentorship and arts related educational opportunities for underrepresented students in the New York City public high school system. Rick is part of a new working group that has launched the New York University College and Career Lab (2018, 2019, 2020, 2021, 2022) connecting New York City area high school students with five schools at NYU (Stern, Law, Steinhardt, Tandon and Tisch). First Person Narrative was introduced in 2021 as part of the New York University’s College and Career Lab Explorations program. He continues to work as part of an advisory alliance between the Tisch Office of Strategic Initiatives (Tisch Arts Lab) and the High School for Environmental Studies (2018) and the High School of Art and Design (2019 - 2021). Rick guest lectures for the Lang Arts Scholars and internationally at FAMU and Effat University.

Rick teaches a range of production classes at New York University including Sight and Sound Filmmaking, Intermediate Narrative, First Person Narrative, Experimental Production, Advanced Production and presents the master lecture for Language of Film in the history and criticism area.  Over the years, he has provided a key leadership role in developing a number of new curricular initiatives and courses and was responsible for transitioning the department’s signature production class, Sight and Sound Filmmaking, from celluloid to digital. Rick has served as the chair of the Curriculum Committee and was the Executive Director of Production Studies for over 10 years. He is the recipient of multiple grants, commissions and awards (including the CINE Golden Eagle), as well as receiving multiple recommendations for both the distinguished teaching award at NYU and multiple nominations for the David Payne-Carter Award for teaching excellence. Rick was a recent nominee for both the Angela Davis/W.E.B. Dubois Faculty Award at New York University (2018) and the New York University Making a Difference Award (2020).

He is a member of the UFVA (University Film and Video Association), ASCAP (American Society of Composers, Authors and Publishers). In 2021, Rick was invited to join The Trebuchet (the-trebuchet.org). The Trebuchet originated with Sherman Teichman, Founding Director of the Institute for Global Leadership at Tufts University and is dedicated to “the ongoing imperative to confront misoneism - the hatred, fear, or intolerance of innovation or change. It is what is required to create integrated interdisciplinary thinking and promote progressive communities of intellectual integrity, dedicated to the complex search for truth and common ground.”