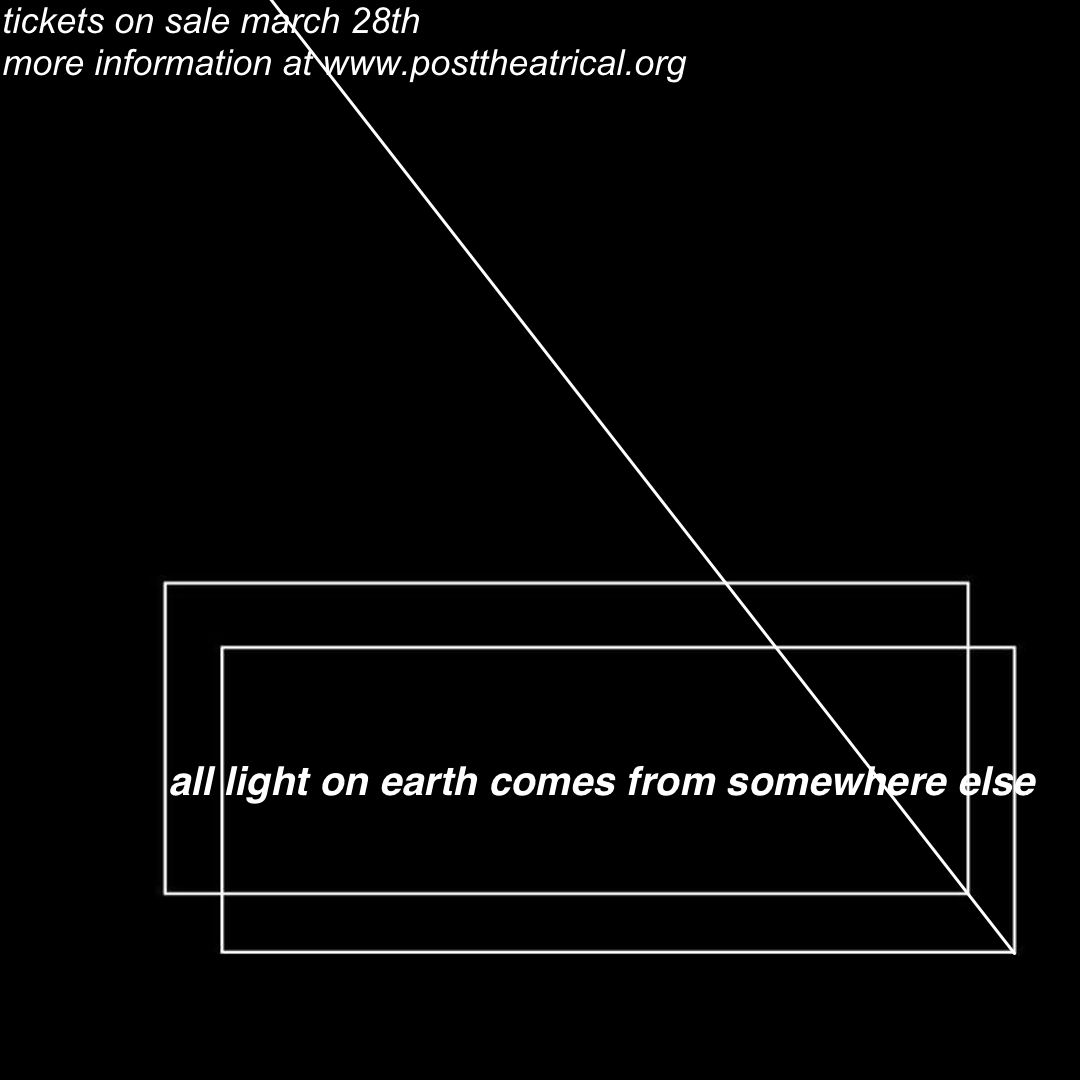 all light on earth comes from somewhere else

The Wallpaper Company presents “all light on earth comes from somewhere else, beginning April 12th and with the last element being sent out May 20th. “all light on earth comes from somewhere else” seeks to reclaim lost queer futures from the wake of scrubbed archives, burnt evidence, fabricated ephemera, and rot. Over the course of six weeks (well, roughly six weeks, depending on the speed of the mail) you will receive correspondence from six intertwining storylines. Some will lead you through internet blogs and video narratives. Some will come to you as lost library files, intercepted messages, and little love notes. Immerse yourself in stories told through letters, parcels, files, and transmissions that ask the question; would you recognize your own loneliness if you found it in someone else?

This piece is made in collaboration with Genie Pflum, Noah Witke Mele, Sol Cabrini de la Ciudad and Chaski No (solYchaski), and Ezra Fisher, and organized and developed by Elsa Lepecki Bean, Adam O’Connell, and Federico Mostert.