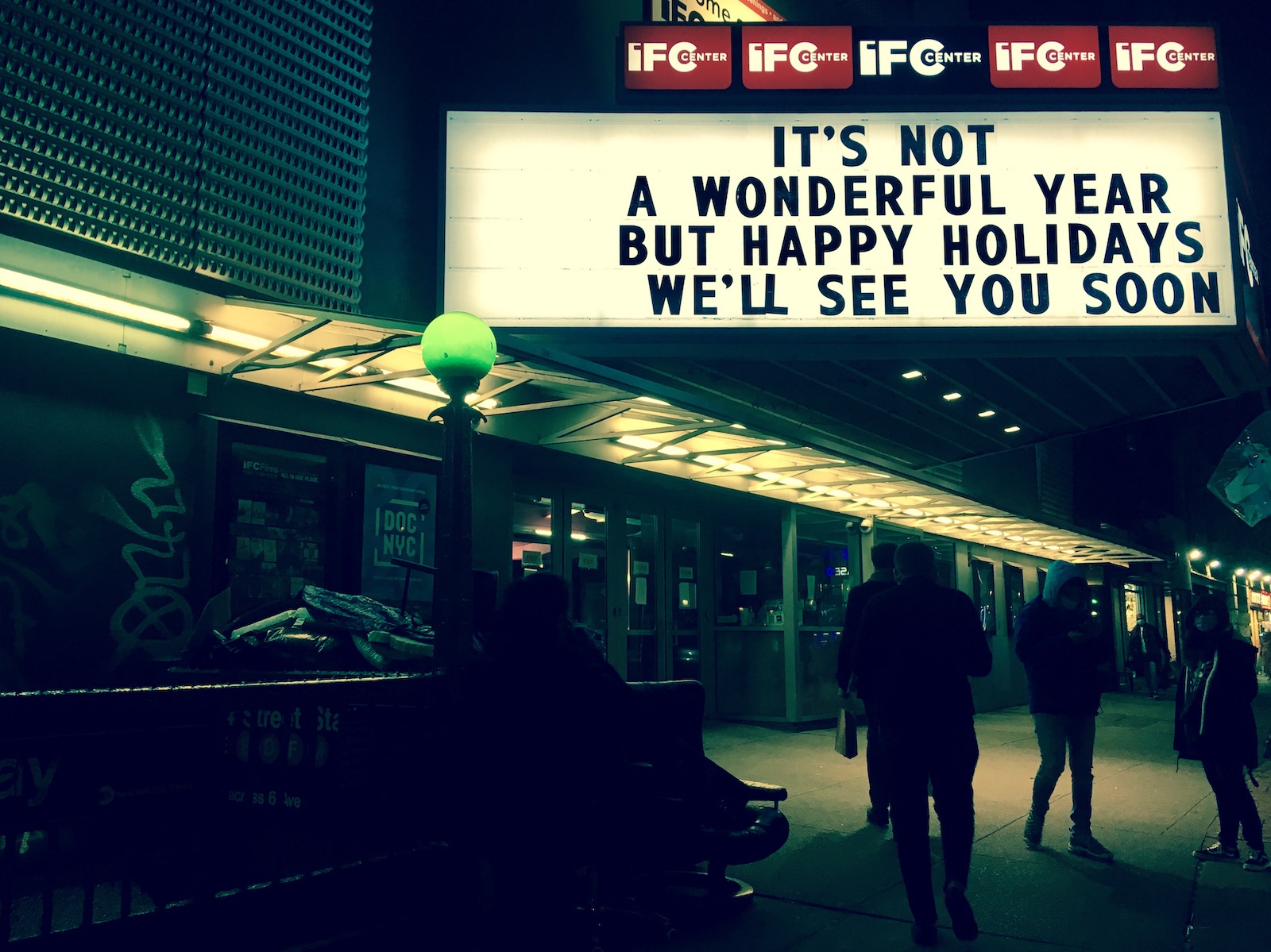 Knowledge production takes time, money, and space. Pandemics do not. An invisible nonhuman agent on the edge of life and nonlife can propagate and change the world politically and aesthetically faster than an artistic or an academic response could. Do our knowledge production systems today equip us to live critically within the accelerationist turn that the world is witnessing, a turn that is expected to only get faster and worse? Are we all in a collective stutter as theorists, artists, and intellectuals trying to think of our world today as it continues to be reorganized politically, challenging present frames of references our knowledge production systems have offered us previously. This series of international encounters addresses representation within the political and aesthetic regimes of power, look at intimacy at times when the haptic is an infectious vector and thinks of new ways to theorize congregation within the context of imminent civil unrest, a decade of Arab revolutions since 2011, and contemporary struggles with the representative assemblies in American and European contexts.

While performance continues to ontologically transform with the digital rupture taking place since the onset of the Covid-19 pandemic, and as theatres continue to remain shut, as borders continue to be more unjust limiting the mobility of those deemed unfavorable, and with proxy wars in Nagorno-Karabakh or in Yemen challenging how we can think of subjectivities and national frameworks of identity politics, PRICKS gathers thinkers to share their knowledge and to question modes of producing and disseminating knowledge at times of extreme crisis.

This event was curated by Ph.D. Candidate, Adham Hafez.

Adham Hafez - Adham Hafez is a choreographer, composer, performer and theorist. His work encompasses postcolonial studies, the Anthropocene and performance, politics of choreography, Middle East and Arab art history, alternative modernities, and climate change. As an artist and a theorist his work has been presented internationally at world renowned venues including Hebbel Am Ufer, Cairo Opera House, MoMA PS1, Sharjah Architecture Triennial, Damascus Opera House, La Mama Theatre, among others. He publishes essays and texts in Arabic, English and French, and he is the founder of HaRaKa Platform, Egypt's first platform dedicated to performance studies and choreography established 15 years ago, as well as Cairography Publication that he co-founded together with Egyptian writer and critic Ismail Fayed. Adham Hafez has received multiple awards for his work, including First Prize for Choreography. He is currently a PhD candidate at New York University’s Performance Studies department, and he holds a Master’s degree in Political Science and Art from SciencePo Paris, a Master’s degree in choreography from Amsterdam University of the Arts, and a Master’s of Philosophy in Performance from New York University.

Joachim Ben Yakoub - Joachim is a writer, researcher and lecturer operating on the border of different art schools and institutions. He is affiliated to the MENARG and S:PAM research group of Ghent University, where he is conducting research on the aesthetics of revolt somewhere in between Tunisia and Belgium. He is guest professor at LUCA school of Arts Brussels and lecturer at Sint-Lucas School of Arts Antwerp, where he is also promotor of the collective action research ‘The Archives of the Tout-Monde’. He has published in various journals and books and is part of the editorial board of FORUM+, Documenta and Etcetera Journal.

Mey Seifan - Syrian choreographer based in Berlin, Mey Seifan explores the influence of the (un)consciousness on the body in everyday life as well as in times of war. Since 2011, she has been documenting dreams of Syrians during the ongoing conflict, culminating in multiple projects sharing these dreams as an alternative political archive taking the form of film, performance and text. Mey studied dance at the Higher Institute of Dramatic Arts in Frankfurt and Damascus, and is a graduate of the Ludwig Maximilian University. She is the founder of the first Syrian contemporary dance festival, the Damascus Contemporary Dance Platform, and is the artistic director of Tanween Theatre Company.

Arafat Sadallah - Based in Paris, Arafat Sadallah is a Moroccan researcher in philosophy, and an art critic. His research is centralized around the question of representation in Arab art and philosophies, with a focus on notions of performance, representation and being through the Arabic language.  He is a member of the SIWA Platform, which is an itinerant laboratory of reflection and experimentation in the fields of Arab arts.

Mariem Guelloz - Dancer, choreographer, curator and theorist, Mariem Guelloz is a Tunisian dance and language intellectual based in Paris. She is the founder and curator of the Carthages Danse Festival. She has written and published on the politics of language and of the francophonie, the dancing body in the Maghreb, and gender in performance. She holds a PhD in linguistics and semiology from the University of Paris Descartes. She conducted research on language acquisition in dyslexic children, and on the phonological consciousness in learning written language. Currently working on anthropo-semiological discourse analysis of corporeal artistic practices in the Arab world.

Ismail Fayed - Egyptian dramaturge, critic and writer, Ismail Fayed works with text, performance and the moving body. He has collaborated with the Egyptian performance studies and dance research collective HaRaKa Platform since its inception 15 years ago, on multiple projects, including setting up educational programs, research projects, and a series of international festivals. In 2019, he was selected by Apollo Magazine on its list of ‘40 under 40’, as an influential figure in the contemporary Art scene in the Arabic speaking region. He was the associate editor of MoMA’s first major book on Arab modern art ‘Modern Art in the Arab World: Primary Documents’. And together with Fouad Halbouni he directs a series of seminars reflecting on memory and political history, avant garde art movements, and the history of revolutions.

Mariana Karkoutly - Syrian lawyer and law theorist based in Berlin, Mariana’s legal research often brings her to questions on aesthetic and political representation, leading up to intersectional projects that involve performance, visual arts, activism and academic research. Graduate of Humboldt University, and of the Alice Salomon University, and a fellow at Humanity in Action, Mariana Karkoutly’s fields of expertise include human rights, international crimes and accountability. She is the chairwoman and co-founder of Gemeinsamer Horizont, a unique organization working on building new models of national and cultural integration for refugees in Germany.

Adam Kucharski - Adam Kucharski is an urbanist, artist, and civic policy innovator working at the nexus of public space creation and civic institution building. Adam has been a leading voice for the role of strong civic institutions and uses data to advise on the creation of inclusive and resilient cities. Adam’s design, artistic and policy interventions in places like Cairo, Jerusalem, and Riyadh have focused on policies and programs that take into account citizens’ rights, equity, cultural production, and environmental justice. As an educator, Adam has lectured on public policy and arts activism and has developed unique pedagogies that deploy choreography and performance as tools for equitable urban planning. Adam is the founder of Kuchar&Co, a uniquely hybrid urbanism and arts platform that mobilizes collaboration with artists, scholars, and urbanists to inform and advise urban and social policy. Adam has degrees from the University of Chicago and MIT’s Sloan School of Management.

Myriam Van Imschoot - Brussels-based artist. Myriam uses the voice as her main medium in video, performance and sound installations. The position Van Imschoot occupies in the Belgian art scene is characterized by a movement between the institutional field and the medias through which she experiments with already existing contexts, if not creating her own. Myriam is a founding member of Sarma, and runs within this organization a publishing house for digital artist publications that embraces orality. She forms a duo together with sound poet Marcus Bergner. Myriam’s PhD was on improvisation in cultures of spontaneity and the post-war avant-garde. The work of Myriam Van Imschoot has been presented by Jan Van Eyck Academie (Maastricht, The Netherlands), Kaaitheater (Brussels, Belgium), and Museo Reina Sofia (Madrid, Spain) among others.