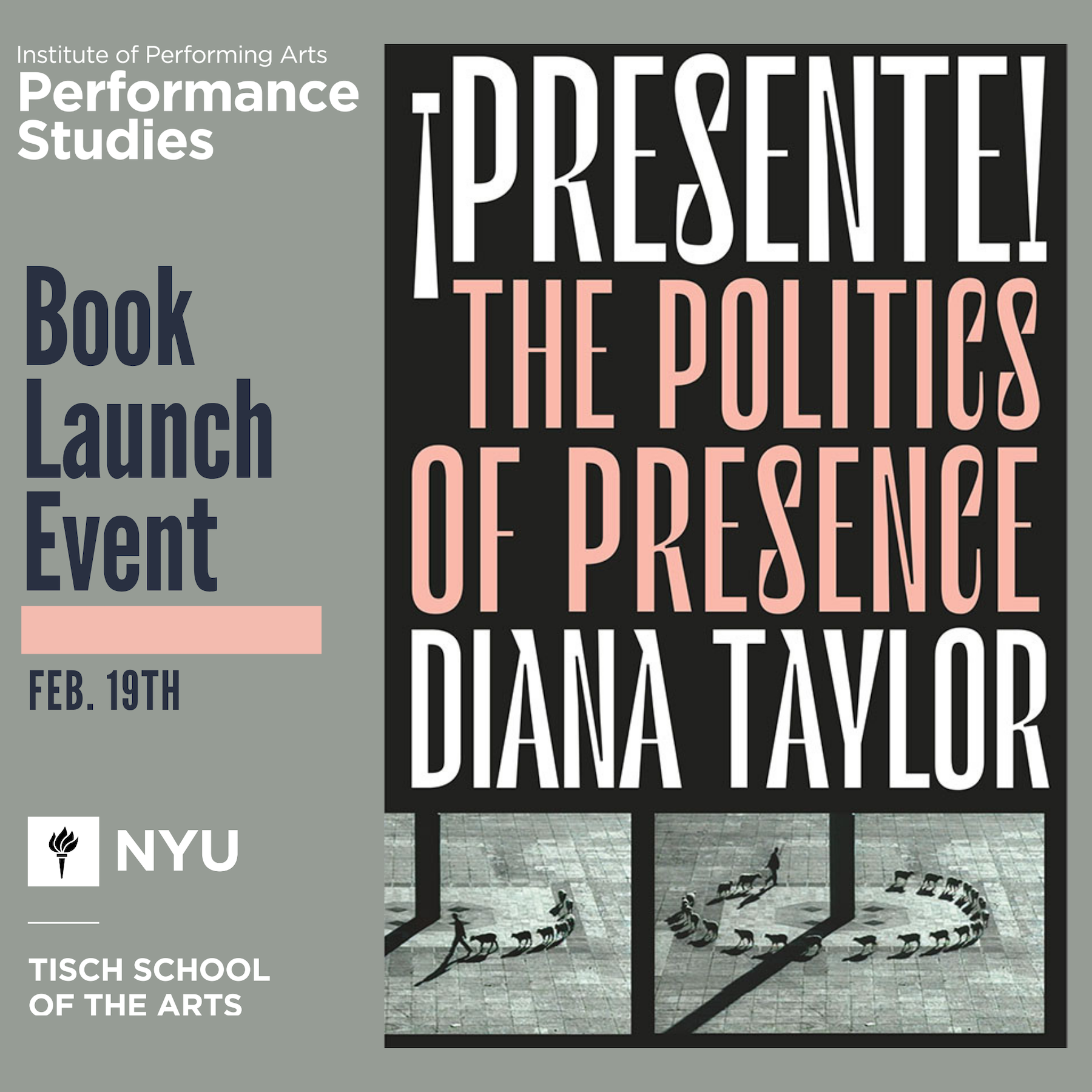 In ¡Presente! Diana Taylor asks what it means to be physically and politically present in situations where it seems that nothing can be done. As much an act, a word, an attitude, a theoretical intervention, and a performance pedagogy, Taylor maps ¡presente! at work in scenarios ranging from conquest, through colonial enactments and resistance movements, to present moments of capitalist extractivism and forced migration in the Americas. ¡Presente!—present among, with, and to; a walking and talking with others; an ontological and epistemic reflection on presence and subjectivity as participatory and relational, founded on mutual recognition—requires rethinking and unlearning in ways that challenge colonial epistemologies. Showing how knowledge is not something to be harvested but a process of being, knowing, and acting with others, Taylor models a way for scholarship to be present in political struggles.

Michelle’s research and teaching interests focus on migration, Latino/a and Latin American Studies, dance, and law. She has published and lectured at the intersection of performance studies and legal studies, aiming to elucidate the politics of legal procedures through their choreographic, sartorial, and theatrical dimensions. Her piece on family detention, “No-Show Justice: The Mise-En-Scene of Immigration Detention,” appears in the edited collection, New Media and Law, with Edinburgh University Press.

Anna Deavere Smith: Anna Deavere Smith is an actress, playwright, author, and professor at New York University's Tisch School of the Arts. She is credited with having developed a new form of theater. She creates portraits of real people based on interviews, which reveal aspects of American identity.

Marianne Hirsch: Marianne Hirsch writes about the transmission of memories of violence across generations, combining feminist theory with memory studies in a global perspective. Her recent books include The Generation of Postmemory: Writing and Visual Culture After the Holocaust (2012); Ghosts of Home: The Afterlife of Czernowitz in Jewish Memory (2010) and School Photos in Liquid Time: Reframing Difference (2019), both co-authored with Leo Spitzer; and the co-edited volumes Women Mobilizing Memory (2019) and Imagining Every Life: Encounters with Vernacular Photography (2020). Hirsch teaches Comparative Literature and Gender Studies at Columbia University and is a former President of the Modern Language Association of America as well as a member of the American Academy of Arts and Sciences.

Fred Moten: Fred Moten is Professor in the Department of Performance Studies, Tisch School of the Arts. He holds an A.B. from Harvard and a Ph. D from the University of California, Berkeley. Moten teaches courses and conducts research in black studies, performance studies, poetics and critical theory. He is a very accomplished author and poet and was recently awarded a 2020 MacArthur “Genius” Fellowship.

Laura Wexler: Laura Wexler works at the intersections of race, class, gender and visual culture. She holds a Ph.D. in English and Comparative Literature from Columbia University. She has taught at Amherst College, Trinity College, Wesleyan University, and Peiking University, and is currently a Professor of American Studies, Film and Media Studies, and Women’s, Gender, and Sexuality Studies at Yale University. She is also the founding director of the Photographic Memory Workshop at Yale, and initial Principal Investigator of the Photogrammar Project. She has written and edited many books and special issues, including Tender Violence:  Domestic Visions in an Age of U.S. Imperialism (winner of the Joan Kelley Memorial Prize of the AHA), Pregnant Pictures, Interpretation and the Holocaust, and The Puritan Imagination in Nineteenth Century America, as well numerous essays and book chapters, and she has exhibited others' and her own photographic work. She is working now on a book about the visual culture of American racism, entitled The Awakening of Cultural Memory.

Learn more about the book!