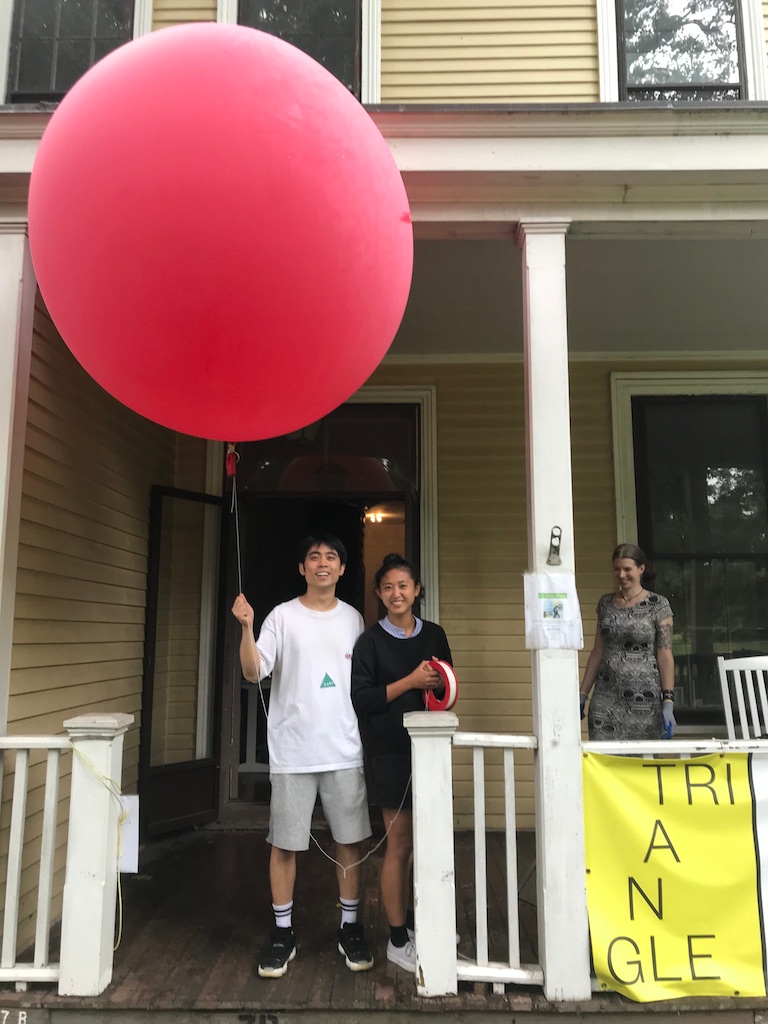 ITP students Winnie Yoe and Rui An were invited by Triangle Arts Association to organize a performance as part of their public program on Governors Island.

Popeye is an interactive and participatory performance that encourages critical reflection on weather modification and climate engineering. On September 2, 2019, Popeye was launched with a weather balloon on Governors Island. Two technologies pertaining weather modification and climate engineering were introduced to participants, followed by a public voting and discussion on their deployment. The public voting and discussion was a metaphor for the precautionary principle debate, prompting participants to think about the implications of uncertainty in the introduction of new technologies, especially in the face of an imminent climate crisis—How do we determine where to draw the line? What variables should go into risk assessment?

The event was an invitation from Triangle Arts Association, organized as part of their performance series/public program on Governors Island.