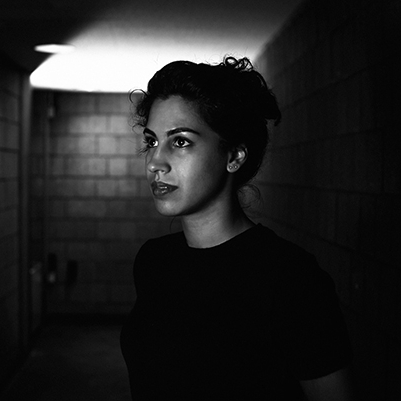 Sarah Dahnke is a Brooklyn-based choreographer, multimedia artist, and arts educator. She creates performance experiences that often feature non-performers, highlighting and celebrating the nuances of natural, untrained human movement. She works with public school students to facilitate the creation of their own choreography and video projects, makes giant group dances to teach to the general public, and films instructional videos to disseminate dance sequences widely. Her video work has been curated nationally by Dance Films Association, DCTV, Tiny Dance Film Festival, Hyde Park Arts Center, Ruth Page Center for the Arts and Gowanus Ballroom as well as internationally across The Philippines. Her choreography has occurred on stages, in streets, on the Internet, in music videos, on roofs, in galleries and more. Some of these places include The Kitchen, CPR-Center for Performance Research, Grace Exhibition Space, The New York Transit Museum, Northside Festival and Lollapalooza.

Sarah has worked with organizations and artists such as The Tribeca Film Institute, BRIC, The Film Society at Lincoln Center, The New York City Ballet, and Marina Abramovich. She is a recipient of a grant from The Puffin Foundation and the Fellowship for Utopian Practice from Culture Push.