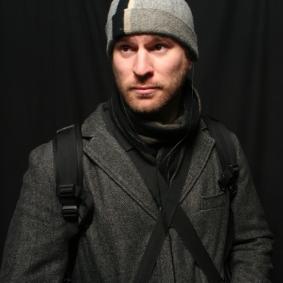 Matt Parker graduated from ITP in 2009. He grew up in Montclair, NJ. We asked him four questions about his time on the fourth floor, where he’s working now, what advice he can offer a current ITPer, and finally, what new “thing” he’d like to learn.

Networked Objects, taught by Tom Igoe. It really showed me how we can connect our physical and digital world.

I teach game programming, design studios, and sports at the NYU Game Center (or Tisch Dept of Game Design, as it’s officially known), which takes an art studio approach to game design. We really focus on game design as practice and a profession on it’s own.

Kick ass while you’re at ITP, be nice to people, help other students, and make connections. What’s important is making it clear you’re a person people want to work with and recommend, set yourself up to take advantage of the community after you leave.

Unreal Engine, a professional game engine. Frameworks like OpenFrameworks and Processing are great in their flexibility, but with game engines you sacrifice flexibility for a lot of building blocks that help you develop more complicated/polished work. Unreal Engine is used by AAA Game Studios, but is also available to small developers giving them the ability to make very polished work.