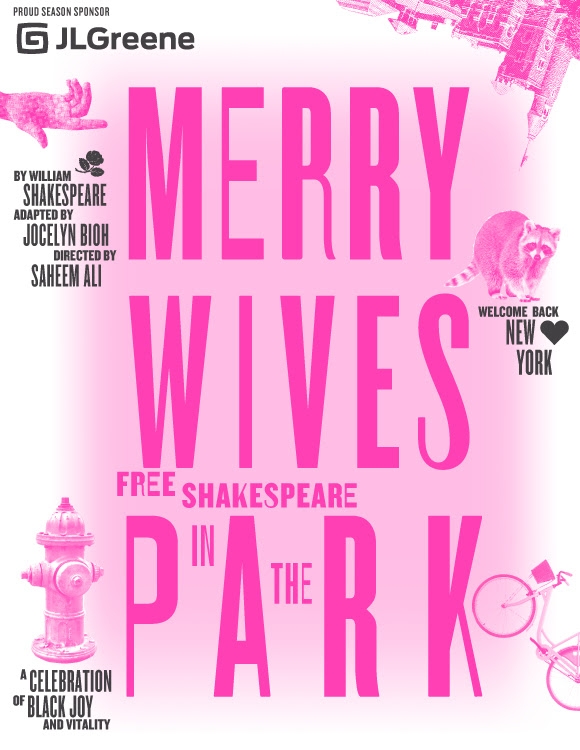 We’re thrilled to return to Central Park this summer for Free Shakespeare in the Park beginning July 6 through September 18, with MERRY WIVES, a fresh and joyous adaptation by Jocelyn Bioh of Shakespeare’s The Merry Wives of Windsor, directed by our Associate Artistic Director and Resident Director Saheem Ali.

Set in South Harlem, amidst a vibrant and eclectic community of West African immigrants, MERRY WIVES is a New York story about tricks of the heart, performed in the heart of the City—Central Park’s magical Delacorte Theater. A raucous spinoff featuring the Bard’s most beloved comic characters, this hilarious farce tells the story of the trickster Falstaff and the wily wives who outwit him in a new celebration of Black joy, laughter, and vitality.