This program will run remotely as a synchronous, online workshop in spring 2022. 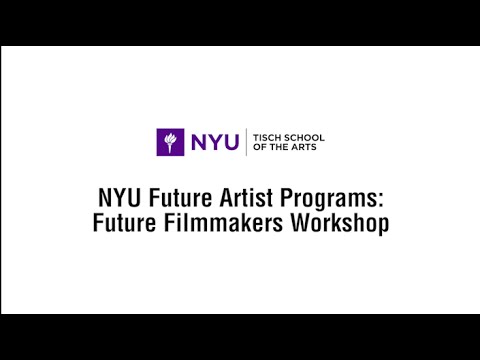 The Future Filmmakers Workshop is a FREE, intensive 14 week high school program where all aspects of filmmaking are taught to develop a student's personal vision and voice to those that feel underrepresented in the film industry.

An emphasis is placed on personal storytelling and learning how to articulate oneself creatively through an understanding of the technical elements of making a movie.  Students are provided with a DSLR, edit with Adobe Premiere, and will learn how to produce, direct, edit, several short individual and collaborative films between February and May.

The workshop provides exposure to the profession through:

Alrick Brown is Assistant Professor of Undergraduate Film and Television. An award winning writer and director, Alrick graduated from Rutgers University with a BA in English and a Masters of Education. He received his MFA from NYU’s Tisch School of the Arts.

Education is Alrick’s first calling, but he found his medium, film, after visiting the slave castle of Elmina, in Ghana, during a two-year tour with the Peace Corps in Cote d'Ivoire. The interactions with the people of his village, and his overall experiences in West Africa, informed his creative expression. An expression first fostered by his birth in Kingston, Jamaica and migration to, and upbringing in Plainfield, New Jersey. An activist and highly sought public speaker, Alrick’s commitment to social, political and economic justice, and revealing the heart of the world through the craft of storytelling is what draws audiences and peers to his work.  Alrick’s cinematic reach includes credits on the small screen as director, producer and writer on a variety of projects – ABC’s Final Witness, ESPN’s short doc series Spike Lee’s Lil’ Joint, and Investigative Discoveries Emmy-Award winning series A Crime Two Remember. His published work has appeared in the Huffington Post as well as the New Jersey English Journal.

Alrick’s collective body of film work has screened in numerous festivals worldwide, earning several honors. Among them is the HBO Life Through Your Lens Emerging Filmmaker Award for the critically acclaimed documentary Death of Two Sons. Alrick’s first feature, Kinyarwanda, was recipient of the prestigious Sundance World Cinema Audience Award.  He has previously taught undergraduate courses on the African American image in cinema at Rutgers University, film production at The Barry R. Feirstein Graduate School of Cinema, and at Goddard College where he was a faculty advisor for the Interdisciplinary Arts MFA program.

Producer-director of documentaries and drama in film and video. Key participant on the First World Order Project, a long-term telecommunications project that will focus on traditional as well as contemporary expressions of African cultural practice throughout the Americas, the Caribbean, Europe, India, and the Pacific Islands. Has conducted photography workshops for children in public schools through the Arts Partners Program; lectured on Puerto Rican and Latino images in the media at Queens College. Invited artist to the Ninth Annual Cultural Festival in Asilah, Morocco; video artist-in-residence at the Bronx Museum of the Arts; the Experimental Television Center, Owego, N.Y.; and at Global Village, New York City. Has lectured on independent black American film production in Africa under sponsorship of the United States Embassy.

Directed and coproduced The Performed Word, a National Endowment for the Humanities docudrama on the African-American preacher. Documentary producer-director, New Voice (PBS), WGBH, Boston; director, Sonrisas (PBS), KLRN, Austin; producer-director, PBS/NBC series, Watch Your Mouth! for WNET/Thirteen, New York; executive producer-director of Imágenes, for NJN, Trenton. Fellowships: Fulbright (France), John Hay Whitney, New York State Creative Artist Program, New York State Council on the Arts (Media), New York Foundation for the Arts (Film), and Corporation for Public Broadcasting. Film and video work has been exhibited in New York City at the Whitney Museum, Museum of Modern Art, International Center of Photography, and the Bronx Museum of the Arts, and in California and Washington, D.C. His sixth photo-text book is Screen Memories. In 1996, his one-hour long video documentary That Old Gang of Mine was broadcast on Thirteen/WNET; screened at the Museum of Modern Art, El Museo del Barrio, Port Washington Public Library, and most recently at Cine Latino, San Francisco, and Saybrook College, Yale; it has won the CINE Gold Eagle (1997), and is being distributed by Filmakers Library.

Qualities of an Ideal Candidate 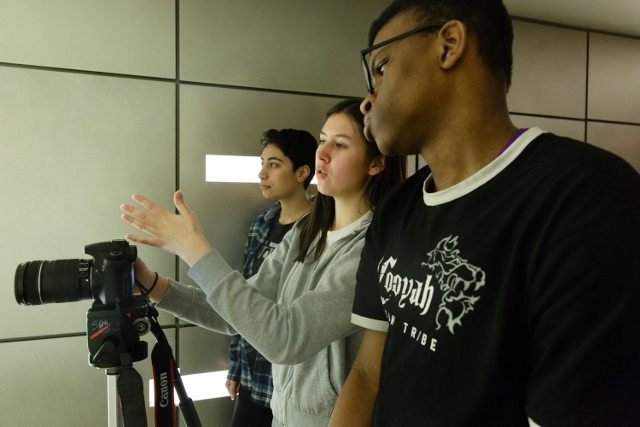 More dates and deadlines are available on the Tisch Special Programs Admissions Calendar.

Please read through the Spring Future Artists Program Requirements Page to learn how to apply. You may be contacted for additional application materials.

The spring 2022 application is closed.

If you have questions about the program or the application, please contact the Kanbar Institute of Film & Television at 212.998.1701 or e-mail future.filmmakers@nyu.edu.