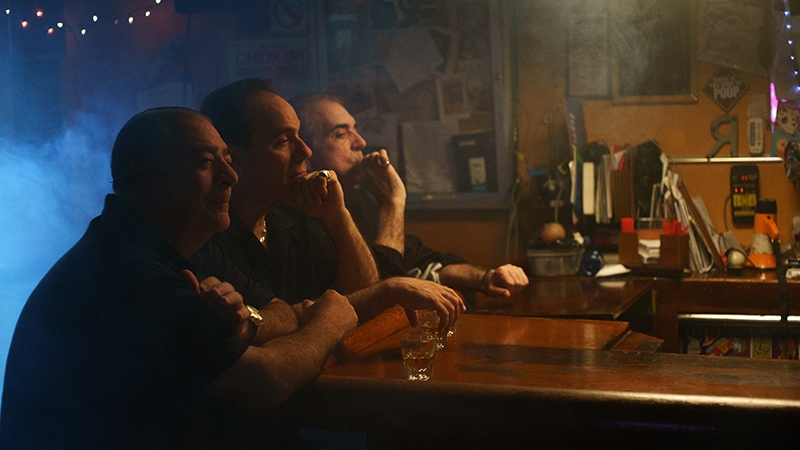 So You Like the Neighborhood is a dark comedy about a girl who gets dumped by her boyfriend and then evicted from her Brooklyn apartment, all in the same day. When she goes to drown her sorrows at a nearby bar, she befriends some locals who offer to help her with the eviction. They just so happen to be former mafia members, and by 'help,' they mean something rather more nefarious. Things quickly spin out of control when she impulsively agrees to meet with a mafia hit man about 'eliminating' her ex-boyfriend and landlord. So You Like the Neighborhood is a dark comedy and true story starring Tony nominee and star of Epix's 'Get Shorty,' Sarah Stiles.

Jean Geraldine Pesce began her filmmaking career as an intern on Todd Solondz’s ""Palindromes." From there, she went on to work in New York City as a Location Manager, Producer, and Editor. She is a recent graduate of NYU Grad Film School where she received her MFA in screenwriting and film directing.

Jean’s feature screenplay, a dark comedy called "The Rovers," was one of six Finalists selected for the Black List’s 2017 Feature Writers Lab, a Finalist in the 2016 Austin Film Festival Screenwriting Comedy Competition, and was a Quarterfinalist in The Academy Nicholl Fellowships in Screenwriting.

Jean recently completed her NYU thesis film, a dark comedy called "So You Like the Neighborhood starring Tony nominee Sarah Stiles. It wrapped filming in Summer 2017.

Jean’s pre-thesis film at NYU, "Mr. Lamb," was selected to air on PBS as part of KQED's Film School Shorts program. It played at over thirty film festivals all over the world and won the Audience Choice Award at the 2013 Williamsburg Independent Film Festival. Her next short, ""Queso Flameado,"" was in competition for the Grand Jury Prize at the Dallas International Film Festival in the Shorts Program and was picked up for distribution by both IndieFlix and Brooklyn on Demand. While a film student at Bard College, Jean directed two films, "The Bard Space Program" and The Foibles."

While living in New York, Jean was in a Brooklyn-based punk band called The Jean Geraldines, in which she sang and played guitar.

A native of San Francisco, Jean currently lives in Los Angeles with her rescue dog, a Brussels Griffon named Henry.