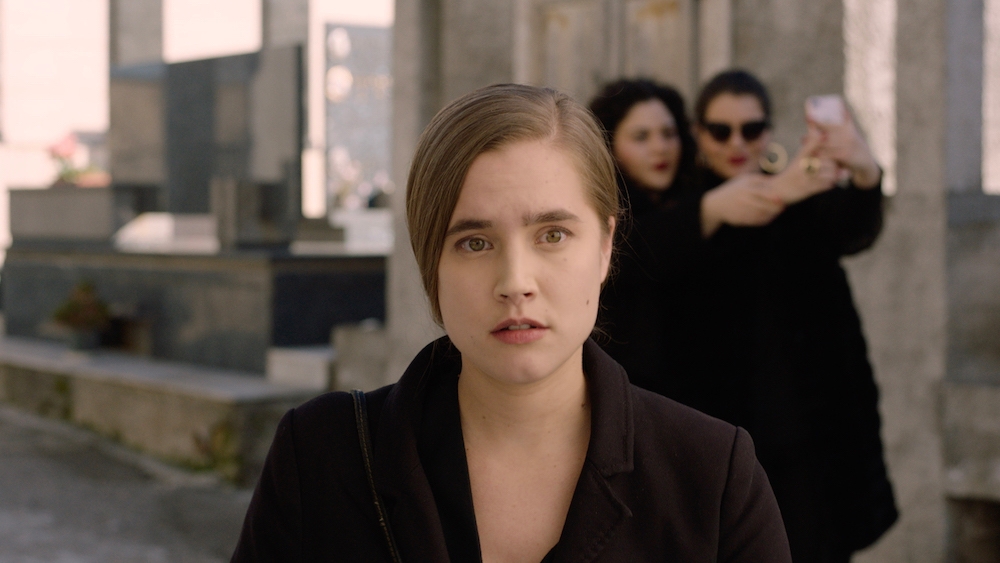 Mila, a German-Italian girl in her twenties, travels to Sicily for the first time since childhood to attend her grandfather’s funeral. In her attempts to reconnect with her grandmother, she is rail-roaded by her vibrant Italian family.

Alessia Mandanici is a New York-based German/Italian writer and director.

During her BA studies in communication design in Germany, she completed two films: a short titled "Spieglein, Spieglein", and a music video for her band named "Time to Go", that both went to the annual Berlin International Film Festival, in 2012 and 2014.

After graduating in 2013, Alessia worked as a freelance cinematographer, editor, and graphic designer in Berlin, where she acquired a broad range of production experience while deepening her visual skills.

Alessia is currently an MFA candidate in her third year at New York University Tisch School of the Arts, where she is working on her first feature script and and a thesis short script.