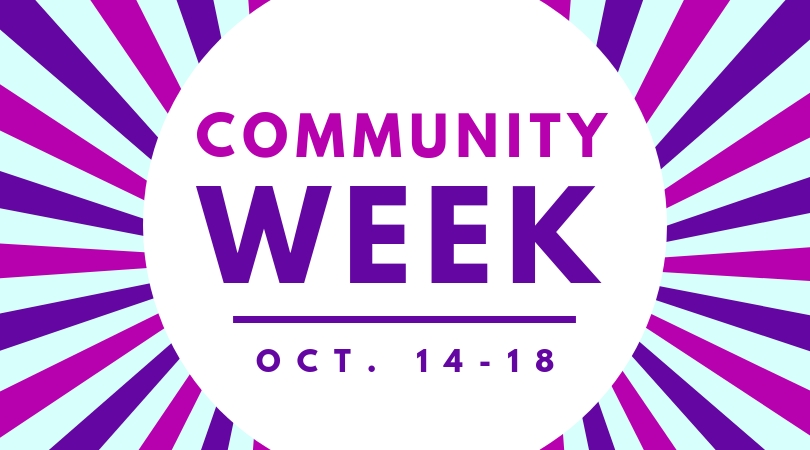 Each October, more than 1,700 members of the Tisch Drama Community—faculty, students, and staff across the department’s 10 training studios and Theatre Studies program—come together to build relationships with new and existing communities as part of the Tisch School's annual Community Week, October 14-18.

Throughout the week and on Community Day (October 18), the department will host an exciting array of collaborations, activities, and discussions reflective of the topic of community.

First up is the cross-department initiative Tisch-Tac-Toe, which invites the full Tisch community to participate in a scavenger hunt across departments, presented by Tisch Drama, Tisch Film & Television, and the Office of the Dean. Participants can journey through the halls of 721 Broadway, 111 2nd Avenue, 665 Broadway, 726 Broadway, and the newest campus addition 370 Jay Street in Brooklyn to fill out their Tisch-Tac-Toe boards and win prizes—including a limited edition Tisch umbrella, limited edition Tisch water bottle, and the chance to win one of five Apple airpods. 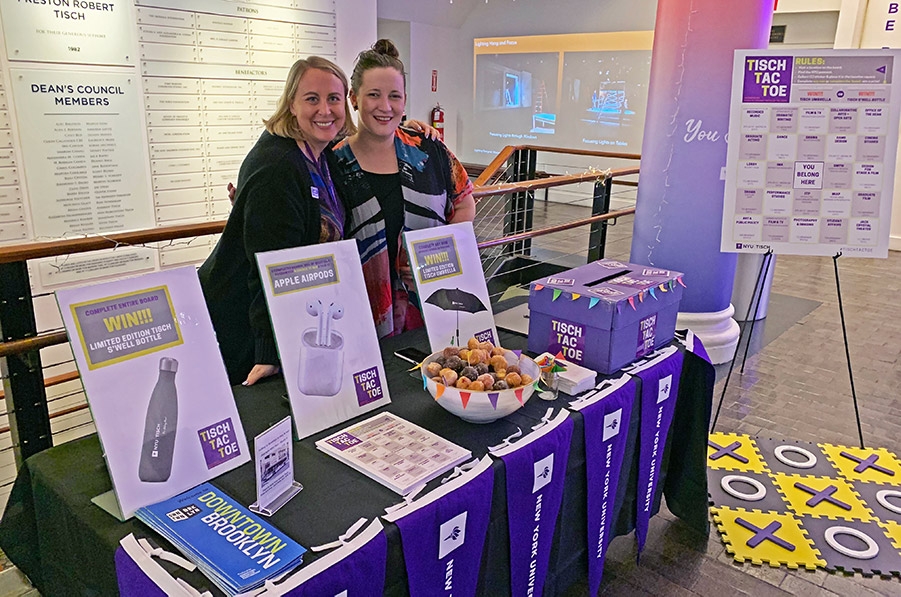 Additionally, throughout the week, the department’s professional training studios and Theatre Studies program will host an exciting array of activities, events, and programming. The line-up includes masterclasses, performances, community lunches, and more. Here’s a sample:

The Classical Studio
Members of Tisch Drama's Classical Studio will engage in a conversation about the future of casting in the theater and attempt to come up with philosophical parameters to help others discuss the subject and make good decisions.

Experimental Theatre Wing
On Friday, October 18—as a long-standing studio tradition—Tisch Drama's Experimental Theatre Wing (ETW) students and faculty will gather together for a day of community celebrations, at which classes will share stories, songs, and other adventures both inside and outside of Tisch. Additionally, extending the celebration, the studio will spend a full day of sharing work with each other on October 25.

The Lee Strasberg Theatre & Film Institute
Throughout the week, instructors at Tisch Drama's partner studio, the Lee Strasberg Theatre & Film Institute, will highlight themes and discussions of “community” in their classes. Administration will also check in with students to learn how they are working together as a group and how they are connecting with other students, both at Strasberg and NYU. The week will culminate with a huge Strasberg community photo to celebrate 50 years of acting training, as well as its current students, teachers, staff, and alumni.

The Meisner Studio
On Friday, October 18, Tisch Drama's Meisner Studio will host an early morning breakfast for its community to come together. Following, members will divide into groups of seven or eight, comprised of faculty, staff, and students of various class years. Groups will be given prompts around the topic of community such as "My struggle with community is..," "My hope around community is..," etc. Members will then write down their responses anonymously, which will be retrieved for an open discussion. Additionally, the studio’s third-year students, along with New Studio on Broadway students, will take two classes at Tisch Graduate Acting with their faculty members Jim Calder and Scott Miller.

New Studio on Broadway
Students from Tisch Drama’s New Studio on Broadway (NSB) will participate in masterclasses led by leading artists Alicia Graf Mack, director of dance at the Juilliard School, teaching modern dance technique, and Brett Sturgis, from the original cast of the Broadway musical Get on your Feet, teaching salsa. The classes are open to both Tisch Dance and Tisch Drama students in honor of Community Day and are part of a joint collaboration with Tisch Dance. Additionally, NSB students will participate in classes at Tisch Graduate Acting (see Meisner blurb).

Stonestreet Studios
On Friday, October 18, at 1 p.m., Stonestreet will host a pizza lunch and conversation on aspirational recycling, the Stonestreet Los Angeles Program, and self tape applications that will help students put together reels for auditions and agents.

Theatre Studies Program
Faculty member Joshua Williams is curating a roundtable conversation with leading artists and faculty at Tisch and beyond on TISCH DRAMA STAGE’s 12 Angry Animals, titled Animals of the Jury. The event will be held at 6 p.m. on Thursday, October 17, in the Riese Lounge. Participants include Jessica Grindstaff of Phantom Limb Company, Naama Harel from Columbia University, Catherine Young from Princeton University, and Karl Steel from Brooklyn College and CUNY Grad Center, moderated by Williams. Additionally, faculty members Alisa Zhulina and Sebastián Calderón are working with Brandon Woolf from NYU's College of Arts and Science on the DTAPS organizing group. Their next DTAPS meeting is scheduled for October 25, and the meetings are centered around paper presentations.