Rachel Friedman of Tisch Drama’s Office of Career Development & Alumni Engagement recently caught up with writer, composer, multi-instrumentalist, performer, and proud transgender woman Ada Westfall (class of 2008) to talk about her career post-graduation, creating her own work, and how to navigate a career as a multi-hyphenate artist.

Can you talk about your time at Tisch Drama? How  did you shift and grow as a student?
One of the biggest things that shifted for me over the years was a sense of being proactive about what I wanted. The first couple of years I did whatever people said was the right thing to do. It wasn’t until [Tisch Drama Chair] Rubén Polendo cast me in his company’s Hair, and I had this incredible experience of taking an existing piece, and completely reconceiving and redevising it: “Ah, that’s what I’m after.” I realized I wanted to pursue my training at Playwrights (which champions independent student work) as well as [Polendo’s] Theater Mitu and this ideology. 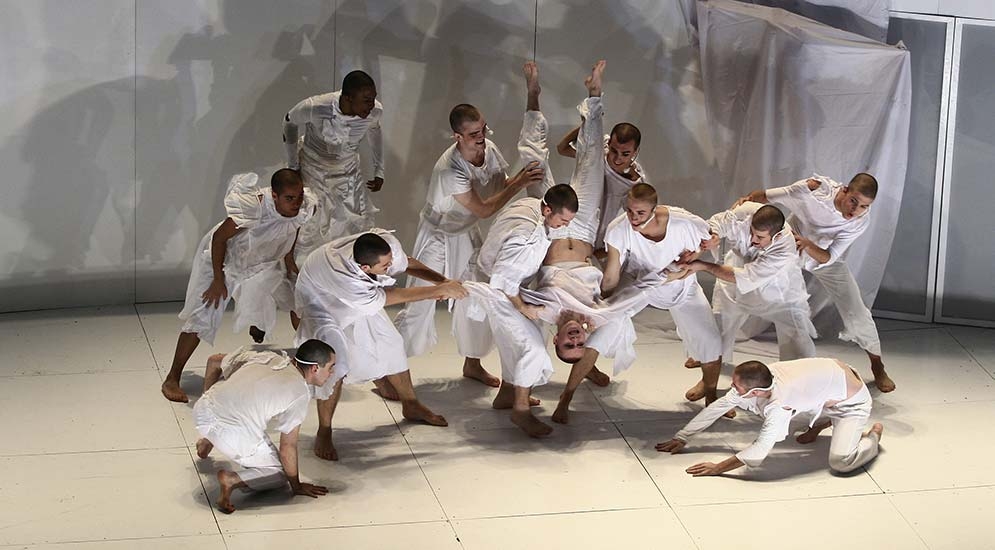 When you hit the ground running straight out of school, what did that look like? Were you focusing on one specific area or feeling things out?
I went to auditions for a while, freelancing with an agent—and hated it. I hated being judged that way, I sucked at memorizing things at the last second, I’d get super nervous and freak out in front of important people—and so my focus landed on devising. I made friends with directors who were interested in either reinterpreting work  or creating new stuff. That, and solo-style devising. I developed a character named Minq Vaadka—it was like punk burlesque, David Bowie meets Hedwig. The way I got myself noticed, both in my peer group and beyond, was by generating a vehicle for myself and using it to showcase my songwriting—playing this really extreme, crazy character with improv skills, interacting with the audience. I feel if there’s something you're interested in, the best thing to do is to jump in with both feet—you may be terrified—but it’s like forcing yourself to jump into the deep end [of a pool] and figure it out. Figuring out how to swim is such an invaluable skill.

How do you balance all the roles and opportunities you’ve had?
I think my career began as an actor who happened to be competent with music. In the past decade or so, those two things flip-flopped. Now I consider myself a musician in the theatre who happens to be a competent actor. I don’t like the typical  interpretation of the concept “jack of all trades, master of none”—people say it as a put-down. I’m actually very proud to be a “jack of all trades, master of none,” in that we live in a collaborative art form. I want to be competent in as many aspects of theatre making as possible—and I don’t think we should be afraid to lose ourselves down rabbit holes.

After experiencing and exploring all of your various roles, is there any advice you think is important for students interested in your career path?
The best piece of advice anybody ever gave me was that this career path is about duration—it’s survival of the patient. I’m 11 years into my professional career, and it’s taken that long to slowly develop my connections and skills, and to do enough shows that led to visibility and people actually giving a shit. And as other artists drop out, the best thing you can do is be the last person standing.

As you were finding your interests and jumping into new opportunities, were there other  lessons you found invaluable?
Not once in my 11-year professional career have I auditioned into a part. It was actually from making connections with people and trying to generate friendly, conflict-free experiences. Word of mouth is what moved me along. And I owe that to what I learned at NYU, which was: be proactive! It doesn’t necessarily mean audition, it means being the last person in the room at the end of a rehearsal and chatting up the director or making friends. I think if I’d just sat back and let college kind of happen to me, I wouldn’t have developed these skills. In fact, I might have been one of those people who do it for six years and then say, “I’m done. I’m out.”

Students talk a lot about writing, but also of the fear that goes along with diving into that—do you have any advice on how to start?
Absolutely—just do it. The best writers do it everyday. Whenever I would try to write something that’s perfect on the first shot, it never came to fruition because I would judge so harshly the thing I was putting on the page. So the key to remember is: vomit, then edit. It’s in the editing you make all the discoveries and start connecting things at the end that should be foreshadowed from the beginning. Writing and devising is like a jigsaw puzzle. You have to find the corners and start filling in the rest. It’s only after you start seeing the pieces fit together that you start to look at it and go, “Oh! It’s a dog!” The wonderful thing about theatre, and where the metaphor breaks down, is you then get to decide, ok, what kind of dog is it?

Advice for other trans artists navigating the field?
There’s a tendency in the world at large that leaches into the theatre world and New York, despite our vanguard progressiveness, that wants to homogenize trans experiences. I’m learning quickly to set a kind, generous, firm boundary—and advertise those boundaries. It’s so important, especially when we find ourselves in a place like New York City, where we automatically assume everyone is informed and considerate. You can preempt a lot of issues by making something clear. If I don’t want to play male roles, I need to make that known. As in good relationships, communication is key. You can’t get angry at a person for screwing things up until you’ve set boundaries. In addition to patience with folks, have patience with yourself. A transition is not only a transition for you, it’s a transition for everyone around you. It’s not a light switch—it’s a journey. 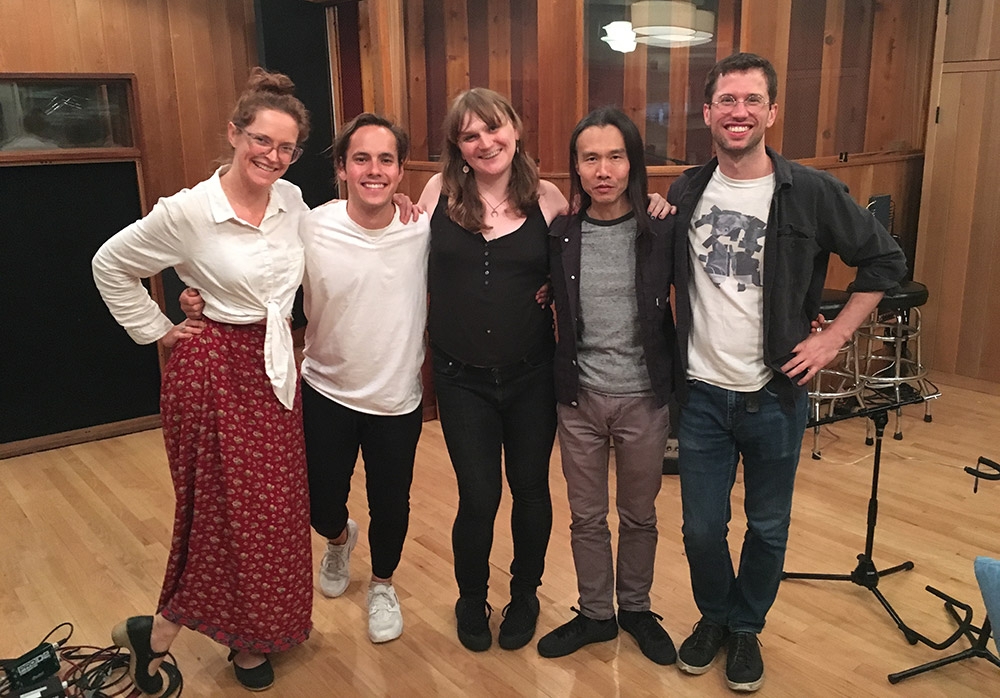 Ada Westfall (center) with Grace McLean and the band, while directing music for her show 'In the Green' at Lincoln Center LCT3, and recording the cast album

Any thoughts for current students and prospective students?
Prospective students, you should absolutely come into it ready to make an educated, informed decision about where you’d like to start, don’t be afraid to deviate from that path, and also—like I was saying—be proactive in creating collaborations, making friends, networking, using your teachers as resources, and using your advisors. For current students, I would say be brave, explore, take classes you didn’t think you would take. I took a “History of the Avant Garde” class and it changed my trajectory forever.

Any final words of advice?
Be brave, have respect, and communicate. If someone crosses a line, be patient, and educate them. You're in an academic setting, so use this opportunity to engage with the problems you encounter. Don't compromise your safety, of course, but try not to just default into avoiding the problematic, because avoidance doesn't teach you anything. Think of the whole "yes, and" improv troupe thing: “yes, I'm being asked to read a play by an author I find troubling and, after reading it, I have a new idea about a way to stage my revulsion” or "and, after reading it, I couldn't stop dreaming about this one oddly beautiful moment." Then go ahead and defy it, defile it, dissect it, reckon with it as you like. But, no matter what, be informed by it. You can't change the world by silencing it. It can only be changed through engagement, which requires work. Rigorous work. And it's important to remember, in every aspect of your life and career, that the reward for good work is more work.