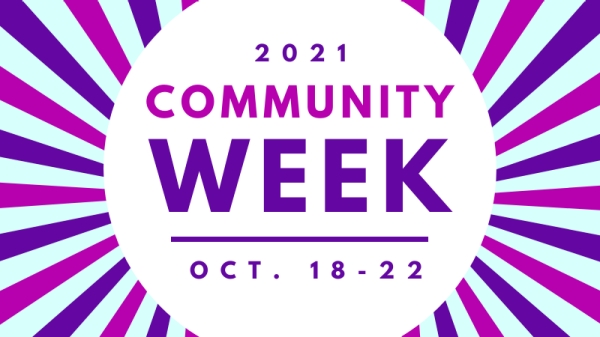 Each October, more than 1,700 members of the Tisch Drama Community—faculty, students, and staff across the department’s 10 training studios and theatre studies program—come together to build relationships with new and existing communities as part of the Tisch School's annual Community Week.

This year, Drama has planned multiple events for the week of October 18–22, as well as for the final celebration on October 22.

First up is the departmental initiative Activating the Archive of Voices.* This interactive event will feature recorded performances of scenes from plays in Tisch Drama’s Archive of Voices, which holds a curated collection of plays by underrepresented, marginalized, and minoritarian voices. Over the summer, select student groups took to the task of creating recorded scenes from the works of diverse writers. It is their pleasure to present the fruits of this labor during a collaborative convening.

Additionally, throughout the week and on Community Day (Oct. 22), the department’s training studios will host an exciting array of activities and discussions reflective of the topic of community. The line-up includes community gatherings, class exercises, ensemble workshops, and other events. Here’s just a sample:

The Atlantic Acting School
On Friday, October 22, Tisch Drama's partner studio, the Atlantic Acting School, will host a “Buddy Reconnect”—at which students will have time to formally check in and reconnect with their "cluster" groups of intergenerational students formed at orientation. The student lunch block will be extended to accommodate the event, which will take place outside and include some treats.

The Classical Studio
The Classical Studio will engage the wider Tisch community in a discussion on Shakespeare and Race on Sunday, October 24 at 2 p.m., and will also be spending the week dining together outdoors to pause, reflect, and talk about life beyond Tisch. Learn more and RSVP.

Experimental Theatre Wing
Continuing a long ETW tradition, the entire studio community will gather together for a full day of community discussions and the sharing of classwork on Friday, October 22. And in ETW’s ongoing community outreach, students from ETW and Tisch Collaborative Arts will once again meet and work with the NYC public school fifth graders from PS3.

*UPDATE: Unfortunately, Activating the Archive of Voices had to be suddenly cancelled. The program will be rescheduled for a date in November. Please watch for more information and our apologies for any inconvenience.