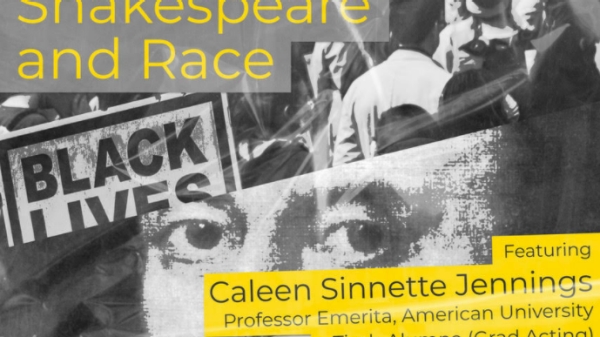 Caleen Sinnette Jennings taught theatre at American University for 31 years. She received AU’s Scholar/Teacher of the Year Award in 2003 and AU’s inaugural Excellence in Diversity, Equity & Inclusion Award in 2018. She is currently serving as Senior Consultant to the Director of the Folger Shakespeare Library and working on playwriting commissions from Arena Stage, 1st Stage, South Bend Civic Theatre, Liquid Theatre, and the Phillips Collection. Jennings is an actor, director, and playwright. Dramatic Publishing Company has published eight of her plays, and her work has appeared in seven play anthologies. Her Queens Girl Trilogy streamed from Everyman Theatre December 2020–February 2021. Jennings graduated from Bennington College with a BA in Drama, and she received her MFA in Acting from NYU Tisch School of the Arts.