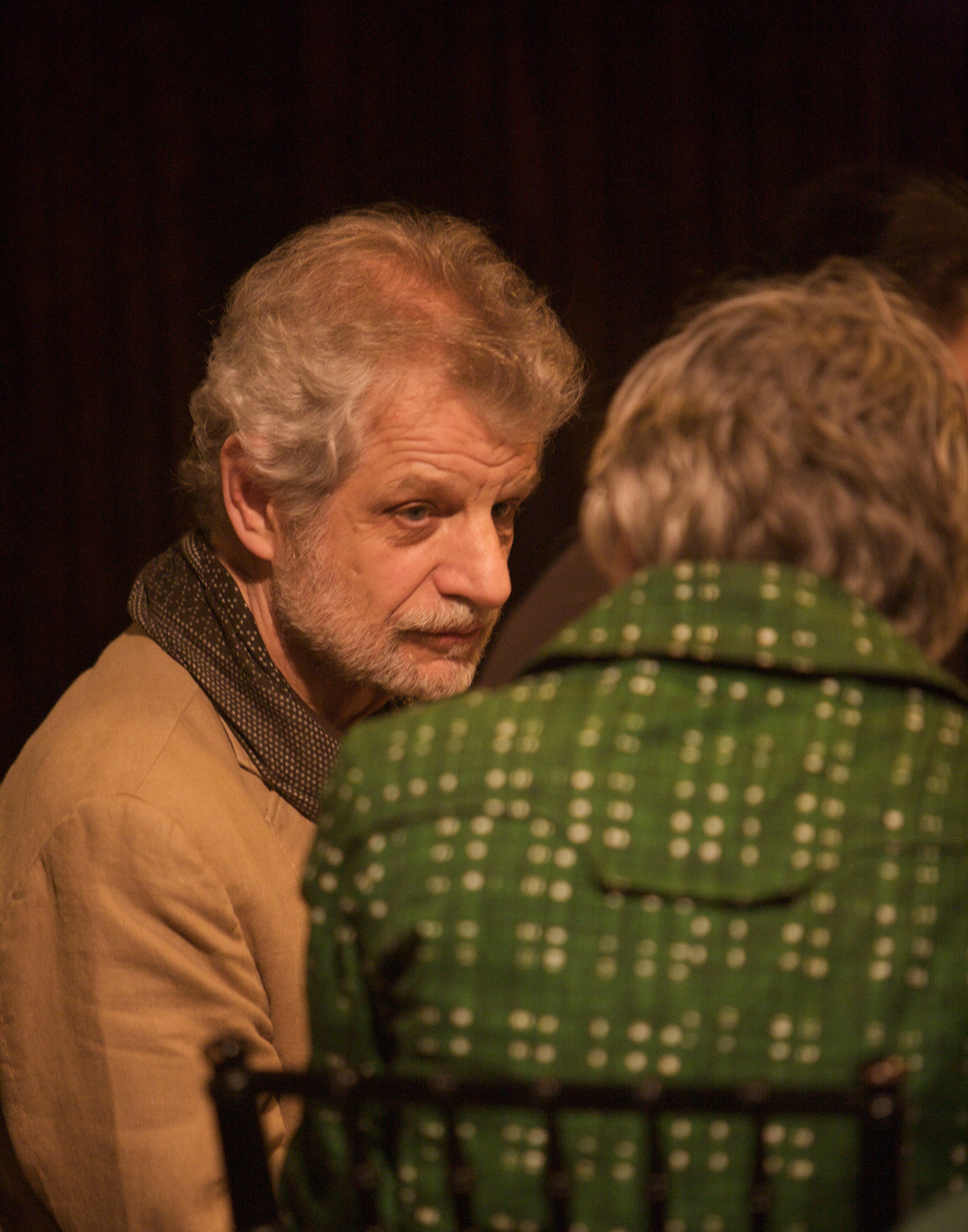 Over many years, Thomas Elsaesser was a very good friend to NYU's Department of Cinema Studies. He taught for us, visited classes, did public lectures, served on dissertation committees, keynoted one year at the Orphan Film Symposium and at a later Orphans iteration previewed some footage that led to a film about his family (more about which later); and so on. To give just one example of his generosity to our department, when junior professor Marina Hassapopoulou was preparing to teach the Film Theory core course and mentioned to me over coffee that she was assigning Elsaesser's fascinating volume on theory (co-written with Malte Hagener), I responded that Elsaesser was in town (he spent every spring here) and gave her his email. Marina wrote him out of the blue to invite him to the course and he immediately graciously accepted, adding one more meaningful ritual to his spring semester since he returned to her class multiple times over the years. He was a committed, giving and attentive intellectual who wanted always to be there where and when ideas were percolating. He was great with students and offered them so much and carefully attended to their ideas and insights in a way that mattered.

Thomas's contributions to the study of film (and, more recently, to other modes of moving image culture) go so far back and cover so much ground that it is hard to sum them up in simple fashion. (He himself chronicles some of the trajectory in the essential Persistence of Hollywood, which conjoins newer essays to classic cinephile ventures and is, in many ways, as per its title, about the "persistence of Hollywood" not just in itself but as a topic that kept pulling Thomas back – persistent in his own work, then.)

To name just a few essential contributions, Thomas pioneered the serious analysis of Hollywood entertainment (for example, his 1972 essay on Melodrama, "Tales of Sound and Fury," was – and remains -- pretty much constitutive for the worthiness of the genre as object of attention); he shaped and gave momentum to the theory and history of early cinema (as in his influential anthology Early Cinema: Space, Frame, Narrative); he wrote the definitive book on New German Cinema (winner of the Jay Leyda book prize for the year 1989); more recently, he undertook deep investigations into cinema as a medium whose history might be inscribed within the history of what is coming to be called "media archaeology." Through the 1960s and into the 70s, Thomas engaged with cinema as an informed cinephile who, like others of that moment, had fervently to express his discoveries in a rush of writings: while a student (of literature), he was instrumental in the co-founding of two key English journals of film appreciation and analysis: Brighton Film Review and Monogram, publications created in large part to provide forums for auteurist enthusiasm but never in a way that was merely buffist or cultist. There was intelligence here always, a knowing sense of how certain directors made sense (and how certain genres would best be welcoming homes for their adventures) and how that showed up in theme and style alike. From youthful, student cinephilia given voice in little-journals, Thomas moved into the professional academic realms of film study, starting at the University of East Anglia, where he was one of the founders of the U.K study of film within higher education, and teaching for many years at the University of Amsterdam (with prestigious visiting and honorific appointments elsewhere, in-between) where he gave so much to the field through his single-handed founding of a media-studies inflected interdisciplinary humanities track and his stewardship of Amsterdam University Press's canonic list of books in film and media studies. And, strikingly, in recent times, Thomas had also become a filmmaker, turning to the medium to investigate his famed architect grandfather in a fascinating essay-film The Sun Island which is so astute about using medium-specific qualities (for example, frame size, variations of film stock, chronology versus flashback, etc.) to question how we remember the past and how he, as a descendent of this particular family history, would remember – and memorialize – his own past.

At the time of his passing, Thomas was working on (and teaching on) a far-reaching and far-ranging study (which I feel honored to have read some draft material for) of what he termed "mind-game films": a cinema devoted to the "what if" (what if, for instance, she had made the train in Sliding Doors?); to what David Bordwell has most cogently termed forking-path narrative; and to what Thomas himself most productively explored through the "genre" of time-travel films which, as he brilliantly examined, were rarely about travel to the future but instead concentrated on a literally revisionist journey to the past, one that made up for traumas both personal, social, and national, and therefore were all about film's cultural and political value. There wasn't simple reflectionism in Thomas's approach here – it wasn't about films somehow directly mirroring our society's traumas – but still it was about films having their own cultural particularity and yet talking to big issues, even metaphysical ones, of time, identity, meaning, life trajectory and purpose.

Thomas's writings were rich in insight but also challenging, demanding a deep level of engagement that took ideas seriously. Picking up on how he wanted to take films seriously as formal practices but also ethical and metaphysical investigation, I think some of the challenge – and it's hard for me to find the right formulae to articulate this, giving the complexity of the conceptual moves involved – came from Thomas always seeing any one phenomenon as existing at several levels and, even, existing in the translation from one level to another. Take, for instance, the aforementioned co-authored volume on film theory: unlike typical textbooks on film theory (there's the early commentators on film's aesthetic specificity and then there are the theorists of montage and then the theorists of realism, ad infinitum), Thomas's and Hagener's book does give us the standard chronology BUT it frames it within a broader conceptual narrative in which each film theory, taken essentially in historical order, is allied with one of the sensory capabilities of human beings and then made to move through human body and mind to end up in the post-human. (Thomas wanted to stay close to the concrete but also lift it up to other realms. He called on you to work to follow his dense and rewarding logic.)

Thomas was a friend, pure and simple, and I relished our ritual big conversation, which happened like clockwork once or twice a semester while he was in New York, over long bouts of espresso at our preferred hang-out, the coffee lounge of the Marlton Hotel near NYU. Thomas led a busy life (it is sad but appropriate that he passed during a packed lecture trip that took him immediately from Frankfurt to Beijing) but I loved that he took such time to just sit back and talk with energy and interest about his projects and mine (and he was equally attentive to every part of my family life, always inquiring with great love and concern about how our son, whom he loved and who loved him, was doing).

It's hard for me to end this reflection, and maybe the personal conundrum is compounded by the suddenness of the loss where one has to reflect on a life that's ended, but where one doesn't want to believe that it's ended. When I got the first email report that Thomas had passed, I searched for confirmation and went to the web which did confirm the dire news but also sported iconic pictures of Thomas (many as he was giving the lectures that meant so much to him) including at least one with the scarf that I so see clearly in my mind him wearing as he'd walk into the Marlton. That image won't happen in reality again but, as Thomas's own writings remind us, images have their own life, their own cultural energy, their own resonance, and their own ability to work through trauma and loss, and it's now there in the image and its psychical and political work that he continues to live with me in my critical reflection.