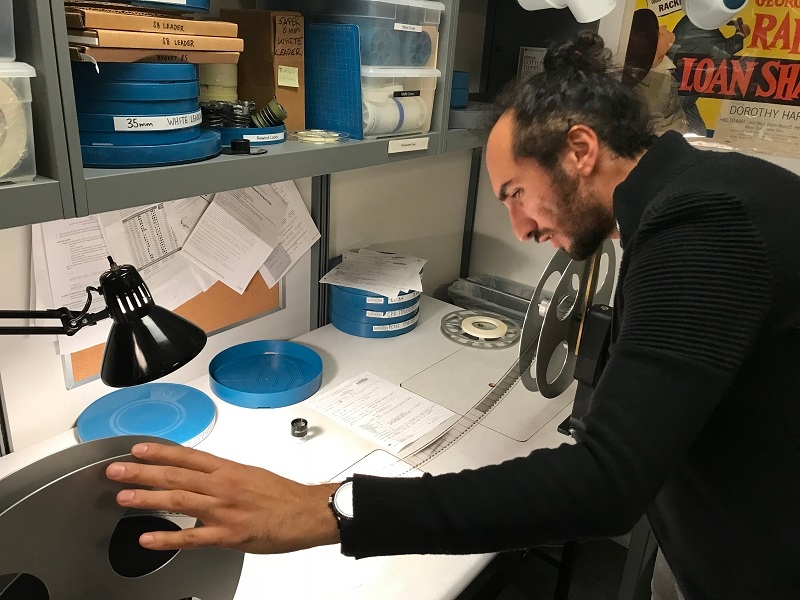 Shahed Dowlatshahi, a student in the Moving Image Archiving and Preservation (MIAP) MA Program in the Department of Cinema Studies at NYU's Tisch School of the Arts, has been awarded a $5,000 grant by the Film Noir Foundation to support his graduate studies. The grant was announced Saturday, February 3, at NOIR CITY 16 by festival host Eddie Muller. An acceptance video by Dowlatshahi was screened for the San Francisco audience.

The Film Noir Foundation was founded to educate the public about the cultural, historical, and artistic significance of film noir as an original American cinematic movement. Its Nancy Mysel Legacy Grant was created to honor the memory and work of Nancy Mysel, film preservationist for the UCLA Film & Television Archive, who supervised FNF's restorations of The Prowler (1951) and Cry Danger (1951). Funded by the Mysel family, the grant supports undergraduate or graduate education in film restoration, preservation, and/or moving image archive studies.

As a student in the two-year NYU MIAP program, Dowlatshahi has completed internships at the New Museum, the University of Chicago's South Side Home Movie Project (under the supervision of 2011 MIAP graduate Candace Ming), and the New York Public Library's Reserve Film and Video Collection. In spring 2017, Dowlatshahi joined MIAP students, graduates, and instructors for an Audiovisual Preservation Exchange (APEX) in Cartagena, Spain, and elsewhere in the country's southeastern Murcia region. In 2018, he is serving as a student organizer for another APEX, which will take place in Rio de Janeiro during the first half of June. 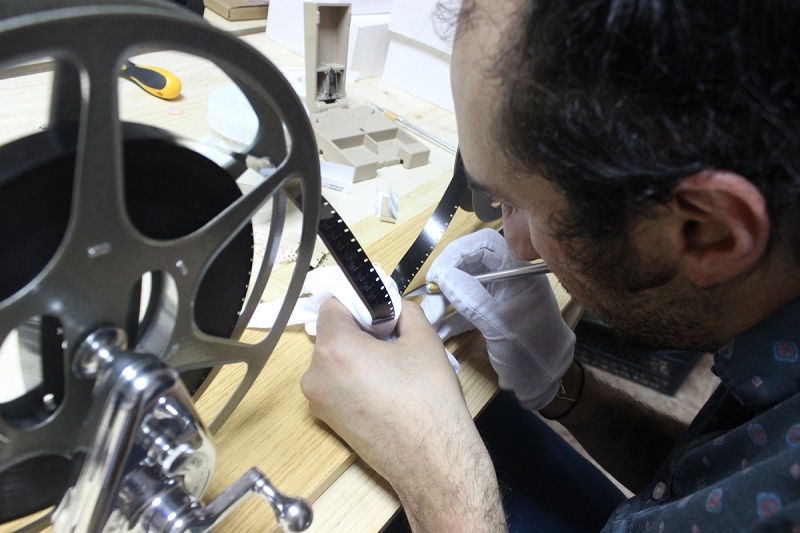 Dowlatshahi's love of film and dedication to keeping its history alive and accessible are further evident in his choice of MIAP thesis topic: the history and current state of analog film-to-film preservation. In late March, he and other graduating MIAP students will share their theses in presentations that are free and open to the public (March 26 & 28, 2018; Department of Cinema Studies, Michelson Theater, 721 Broadway, 6th Floor).

Congratulations to Shahed on his impressive achivement!