Workshop Schedule
Images from APEX: Ghana, 2009
Read about the first APEX visit to Ghana in June 2008.

Professor Mona Jimenez and Research Specialist Kara Van Malssen (MIAP '06) returned to Accra, Ghana from 12 to 29 May 2009. They were joined this year by Jennifer Blaylock (MIAP '10), Mick Newnham (Senior Research Scientist at the National Film and Sound Archive of Australia), and Ishumael Zinyengere (Audiovisual Archivist at the UN International Criminal Tribunal for Rwanda). Following on the successful short worshop, and site visits conducted the previous year, this year the team conduced a week-long workshop called "Preserving Our Audiovisual Heritage: Film and Video Collections." 26 participants from institutions in the area attended, including staff from Ghana Broadcasting Corporation, Metro TV, TV3, TV Africa, Costal TV, the National Film and Television Institute, and the Cinema Department of the Information Services Department under the Ministry of Information.

The workshop was focused on the management of legacy film, video and audio formats that can be found at Ghanaian institutions. The participants were trained in the management of audiovisual collections, care and handling, occupational health and safety in their work environments, climate control and storage of collections, cataloging and creation of databases, metadata management, transfer best practices, and ethics. 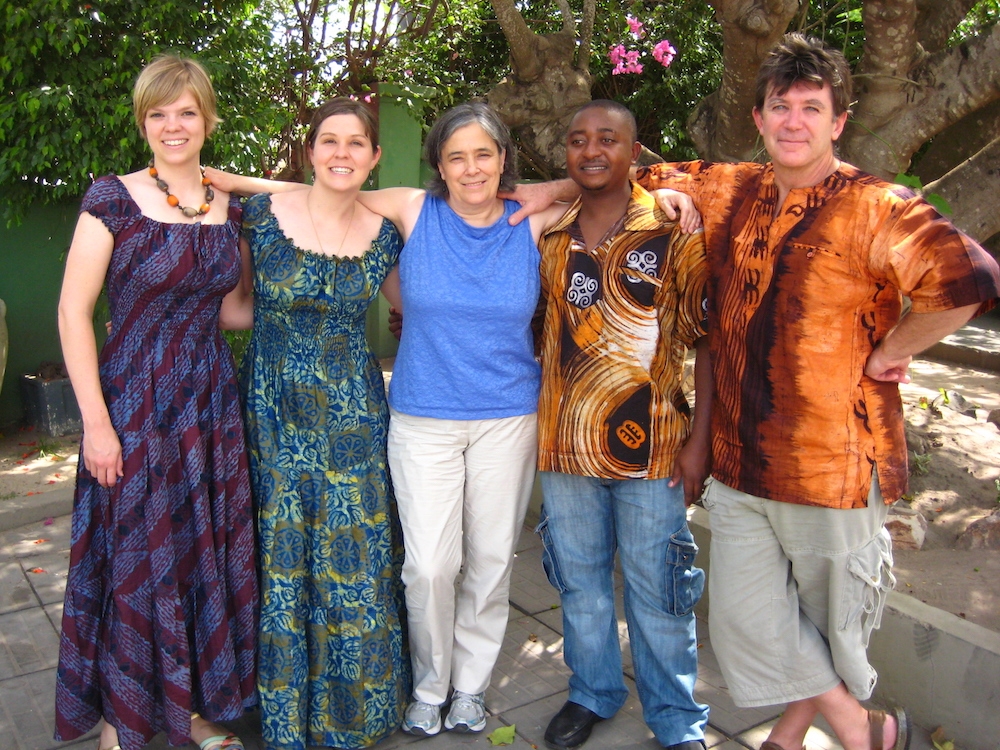 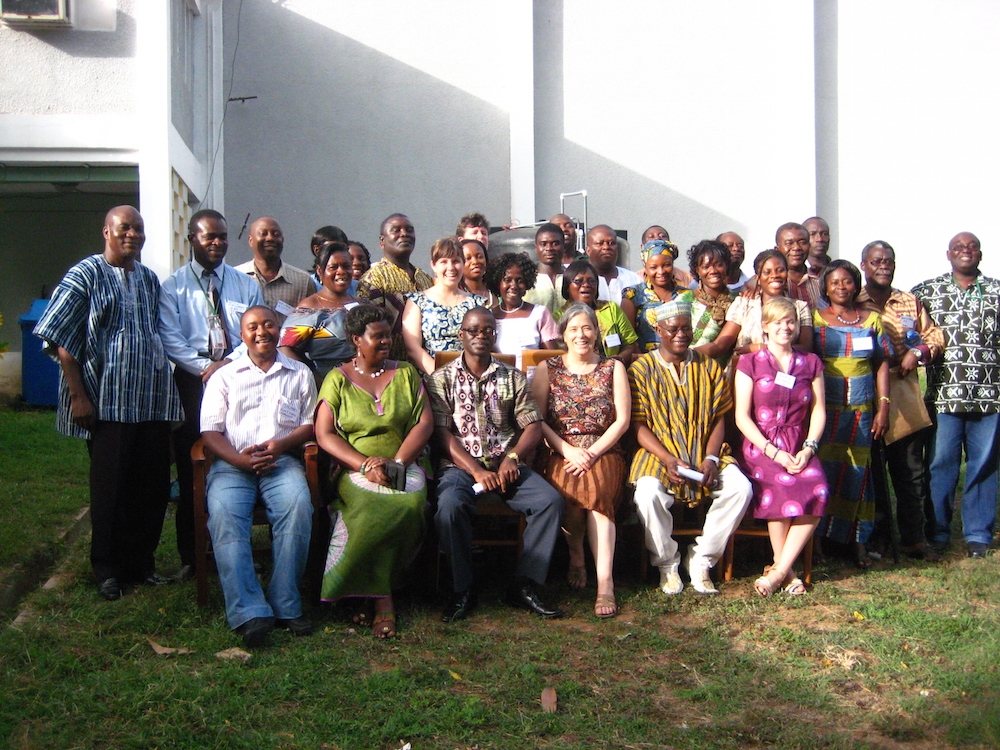 TRAINERS, ORGANIZERS, AND PARTICIPANTS OF THE 2009 APEX WORKSHOP "PRESERVING OUR AUDIOVISUAL HERITAGE: FILM AND VIDEO COLLECTIONS"

The visit was again part of the Real Life Documentary Film Festival, organized by NYU Professor Awam Amkpa and filmmaker/journalist Lydie Diakhate. The Festival highlights short and feature length documentaries by filmmakers representing Africa and the African Diaspora. As part of this year's festival proceedings, Professor Jimenez and Ishumael Zinyengere joined Sarah Novela (TV Mozambique), and filmmaker John Akomfrah for a panel discussion titled "Digital Archiving and Cultural Advocacy." Participants of the APEX workshop attended and provided their views on how to improve the preservation of and access to audiovisual heritage in Ghana.

During the final week of the visit, the team visited the institutions of the workshop participants, and prepared Jennifer Blaylock for her summer internship in Accra. Thanks to the leadership of Mick Newnham, the team established the first film preservation inspection laboratory in Ghana at the Information Services Department (ISD).

The creation of this facility, and of safe film inspection workflow practices developed for ISD by Mick, enabled Jenn Blaylock to spend an additional 5 weeks at ISD for her part of her summer internship. Jenn worked with ISD staff to inspect 125 valuable at-risk 16mm and 35mm films, which are some of the only remaining moving image documents of Ghana during the early years after independence from Britain (1957). She performed a collection assessment and provided a detailed report on her findings and recommendations to the ISD. Jenn also spent three weeks at Ghana Broadcasting Corporation, assisting staff with a detailed inventory of its archival video holdings.

As a direct result of resources provided at APEX trainings and consultations over the past two years, several Ghanaians applied for and were chosen to participate in international training/networking events in late 2009. Naomi Karimu, NAFTI's Librarian, received an Association of Moving Image Archivists (AMIA)/Rockefeller Visiting Archivist Fellowship to attend the annual conference of AMIA in November 2009. Ellis Brenni, Head of the Video Library at GBC was selected and received a scholarship to attend a one month international course titled "SOIMA: Safeguarding Sound and Image Collections" in New Delhi and Pune, India in November/December 2009. The course was organized by the International Centre for the Study of the Preservation and Restoration of Cultural Property (ICCROM).

The APEX team plans to return to Ghana once again in 2010 with the Real Life Documentary Festival. The 2010 program will include a 2-day followup workshop for the 2009 participants, as well as a half-day workshop on "Preserving New Productions," which will additionally be open to filmmakers and broadcasters.

The APEX team received invaluable support in 2009 from numerous institutions and individuals. The success of this year's program is largely due to: The Rockefeller Archive Center in Cooperation with the Association of Moving Image Archivists, New York University Libraries Barbara Goldsmith Preservation Department, Dean Mary Schmidt Campbell of Tisch School of the Arts, Tuscan Corporation, Urbanski Film, Colorlab, the Image Permanance Institute, Cineric Inc, Zack Lischer-Katz, Dan Streible, and others!
We cannot thank you all enough!