As part of NYU's Audio–Visual Preservation Exchange (APEX), a team of film experts and archivists from the United States under the direction of professor Dan Streible traveled to Buenos Aires, Argentina this past May to help the Museo del Cine preserve its orphan films.

The all–volunteer team of 12 included preservationists from the Museum of Modern Art, Harvard, the University of Chicago, BB Optics film lab, as well as NYU faculty, staff, and students. Co–organizers of the project are NYU alumnae Paula Felix–Didier (MIAP '06), director of the Museo del Cine, and Natalia Fidelholtz (MIAP '06).

A small, under–funded city institution, the Museo holds a large and important collection comprising more than 65,000 reels of 16mm film alone. The films come from all over the Americas and Europe, produced as early as 1910 and as late as the 1970s. In 2008, Paula Felix–Didier, made international headlines when she uncovered a silent–era masterpiece long presumed lost, the director's cut of the German film Metropolis (1927). 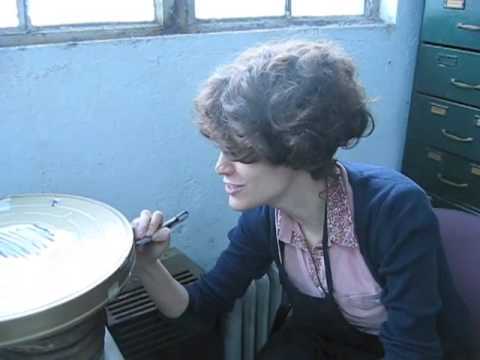 The APEX program was established in 2008 by professor Mona Jimenez to conduct a similar outreach in Accra, Ghana. A return trip to Ghana this summer has continued this project.

The results of both the Ghana and Argentina initiatives to identify and preserve neglected but significant moving image works will be reported and showcased with new prints at the 7th Orphan Film Symposium, April 7–10, 2010, at the Library of Congress, National Audio-Visual Conservation Center.