Film restoration in Brazil: A Case Study of Joaquim Pedro de Andrade’s The Priest and the Girl (1965) 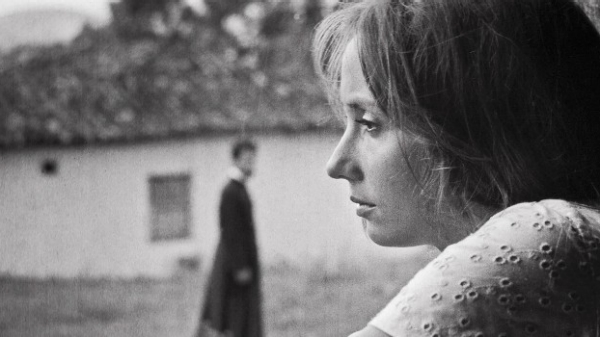 Film restoration in Brazil: A Case Study of Joaquim Pedro de Andrade’s The Priest and the Girl (1965)

Joaquim Pedro de Andrade (1932-1988) is one of the most important Brazilian directors. His filmography, comprised of six features and eight short films, is perhaps the most complete and coherent bridge between 1920’s literary Modernism and Modern Cinema. De Andrade updates in a critical and inventive way the research on Brazilian identity undertaken by the Modernists by inserting the discussion into the context of pop culture, the consumer market, and the behavioral revolution.

In 1998, an attempt to do a retrospective to celebrate the ten-year anniversary of Joaquim Pedro de Andrade's death revealed the precarious state of conservation of his films and the urgency to restore them. The 2003 digital restoration project of his complete works, led by his family, became a milestone in the history of film preservation in Brazil. Perhaps best known for the box office and critical hit Macunaíma (1969), the restoration of The Priest and the Girl (1965), his first feature film, prompted a re-assessment of De Andrade's work by film critics and restated its place in Brazilian cinematography.

The screening will be introduced by professor Robert Stam (Cinema Studies, NYU) and Débora Butruce (Ph.D candidate, University of São Paulo, Brazil/Visiting Scholar, MIAP, NYU), followed by a discussion between her, who worked in this restoration project, and Fabio Andrade (Ph.D student, Cinema Studies, NYU).